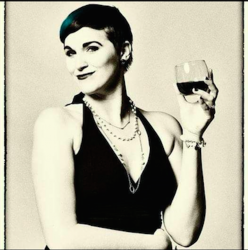 Jessie Dax-Setkus
Jessie loves everything about beer and the company it can bring together. She loves a good stout but finds Space Dust to be a favorite crowd pleaser and something she keeps readily on hand. She's not afraid to try something new or play a bit of beer pong on a sunny summer afternoon! It's always a fun time with Jessie around. She loves bringing that passion and fun to Beertannica.

There’s nothing much better on this planet than enjoying a delicious, cold beer with friends or even while relaxing in the pool on a hot day. In recent years, people have been gravitating towards hoppier beers that boast a more complex flavor than your standard lager. Pale Ales and IPAs have taken the market by storm and are a delicious and refreshing beer to drink on pretty much any occasion.

However, many people get confused between Pale Ales and IPAs as they are both known for their hop-forward flavor. Many even use Pale Ale and IPA styles interchangeably, but there are some major differences in these beers. Let’s take a look at their histories, what the differences are, and examine some of the most popular beers that fall under both styles.

The Main Differences Between Pale Ale vs IPA

The Main Differences Between Pale Ale and IPA are:

Pale Ales originated in England and first appeared in the early 1700s. The term “Pale Ale” described English Ales that weren’t as dark as the popular Porter of the 18th century.

Until the Pale Ale’s creation, beers in England were mostly deep brown or even black in color. During this time, malting technology improved, which also led to the ability to control the intensity of the roast and flavor. This led to the rise of the Pale Ale style, which began to take form in the late 1800s.

From there, Pale Ales took on a more amber or copper color, and some popular styles that came to be were English Bitter, India Pale Ale, and Belgian Pale Ale. This even spawned out into darker Amber Ales, which took on its style.

IPAs became during the times when English colonists were living in India. George Hodgson came up with a strong and heavily hopped beer, which he called the October Ale. This beer was aged similarly to wine before drinking. This beer survived the long journey to India and was said to have improved drastically during the journey. This was the prototype IPA and laid the groundwork for the popular style.

It was said that during this time, England held a large presence in India, and all of the English civilians and soldiers there at the time had a huge thirst for beer. The problem was that the journey to India was so long that traditional beer brought to India would spoil during the journey.

Additionally, Porters, which were popular at the time, weren’t the right fit for the hot climate. George Hodgson of the Bow Brewery in London was the first to answer this problem, and that was the Pale Ale. The higher alcohol levels and hops slowed spoilage, and for 50 years, he held a monopoly on the Pale Ale market.

After a while, the beer started to lessen in popularity until the passion for IPAs was reignited in America in 1976. This also led to creating the APA style, or American Pale Ale, created in 1980.

Pale Ale: ABV typically falls between five and six percent making it much lighter than an IPA and an easier beer to sip on during a hot day.

IPA: ABV is much higher than a Pale Ale, usually ranging from six to 10 percent. Many people may think IPAs are a lighter beer, but that’s not the case. It packs a punch when drinking making it much heavier than a lager or even a Pale Ale.

IPA: IPAs are known for cooling things off with their refreshing hoppy and citrusy flavor, so the best pairing is a spicier dish like tacos or dishes with hot peppers. It will also pair well with a burger slathered in barbeque sauce.

Which is better, the Pale Ale or IPA? For many beer connoisseurs, this decision is more difficult than picking your favorite child. However, for me, I have to side with the IPA. It has such a complex flavor and a bitter, fresh, and hoppy flavor that just varies so differently from beer to beer-making every drink a new adventure.

There is nothing against Pale Ales, but they just don’t seem as complex as an ice-cold IPA. Not to mention, there are just so many different combinations of flavors that can come with an IPA, and IPAs are so hot right now, so many breweries are trying to outdo themselves with varying profiles of flavor. If you are looking for a true beer adventure, IPAs are the way to go.

Question: What is an IBU, and how does it affect IPAs?

Answer: IPAs rely heavily on IBUs, which stands for International Bittering Units. The IBU measures the parts per million of isohumulone, which is the acid in the hops. The higher the IBU is, the more bitter the beer; thus, IPAs usually have a higher IBU. The average IPA typically falls between 40 and 60 IBUs.

Question: How long until an IPA goes bad?

Answer: IPAs do have hops initially added for preservation, but they still do go stale. It won’t go rotten, as in you cannot drink the beer without getting sick, but it won’t taste quite right. For the optimum result, you should drink an IPA up to three weeks from its production date, which you can find on the bottle.

Question: What is a Double IPA?

Answer: The easy way to look at a double IPA is to compare what an IPA is to a Pale Ale. They are very similar, but there are differences. A Double IPA is essentially is a style of IPA with more hops and typically a higher alcohol count. Another name for a Double IPA is an Imperial IPA.

Question: Is a Pale Ale considered a light beer?

Answer: A Pale Ale is a hop-forward beer with a malty flavor, making this style of beer a bridge way of sorts between dark stouts and light lagers. They are full-bodied, but they aren’t as heavy as a dark beer. This makes Pale Ales a pretty approachable style and is considered the middle of the spectrum.

Question: What is a Hazy IPA?

Answer: A Hazy IPA, or otherwise known as a New England IPA, Juicy IPA, East Coast IPA, or an Unfiltered IPA, is a newer style of IPA that has taken the beer industry by storm. A Hazy IPA tends to be lower on the bitterness scale with more juicy or tropical flavors. Because they are unfiltered, unlike typical IPAs, they have a hazy or opaqueness when you look at them.

There is no wrong choice when it comes to deciding between a Pale Ale and an IPA. Both have a delicious crisp flavor that is very versatile and well-liked with most beer drinkers. If you are newer to hoppier beers, it might be smart to start with a Pale Ale to get a taste for hops, then graduate to an IPA to really get the full blast of bitterness. However, both styles are flavorful and amazing in their own ways, and both are definitely worth a try.