The first thing you will notice with Enigma hops is their intense and rich smell, but is their flavor enough to justify their use in homebrewed ales?

My Enigma hops guide will go through the flavor profile of this fairly new Australian hop and the types of ales that can potentially be brewed with Engima.

I’ll also list a few alternative types of hops that have similar characteristics to Enigma and find out whether or not this hop packs enough punch for IPAs and pale ales.

Enigma hops have a strong aroma, mainly consisting of robust tropical and stone fruit with some mild citrus, including white grape. You can make some delicious IPAs and pale ales with this hop. However, I would recommend using Enigma alongside more potent tasting hops in your homebrews to achieve tastier and fuller ales. 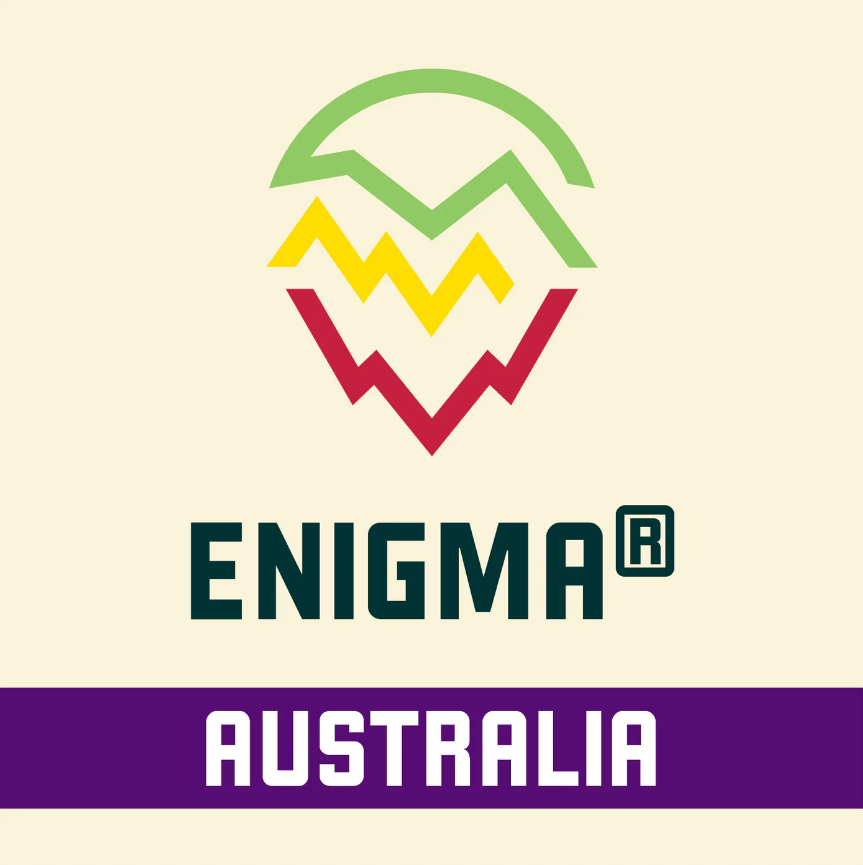 Pros and Cons of Enigma Hops

Enigma is another hop that is relatively new to the market. Recently I have detailed hops such as Kohatu and Lemondrop, which are also pretty young in their history, and Enigma is another newcomer.

Released in 2013 by Hop Products Australia, Enigma is a cross between Swiss Tettnang and hops from North America.

Some commercial beers have been released with Enigma; an aroma hop used to add multiple flavors to several types of brews.

As soon as I smelled these hops, I noticed their pungent aroma right away, with citrus, tropical, and stone fruit being the dominant characteristics I picked up.

You will also notice smells of some red fruits with these hops, including raspberry, and you can see how it can be used to create lighter pale ales and IPAs. A trait that I have found with hops from Australia is a dry bitterness, so it is usually a good idea to combat this with another hop to take the edge off.

One thing I have found with Enigma is that even though its aroma is strong, this doesn’t always transfer over to the actual taste in homebrews. I find Enigma a bit mild compared to some other hops, even if it does have a sense of citrus in it. If you are brewing with Enigma, I would recommend using another hop in your recipe to add a fuller flavor. 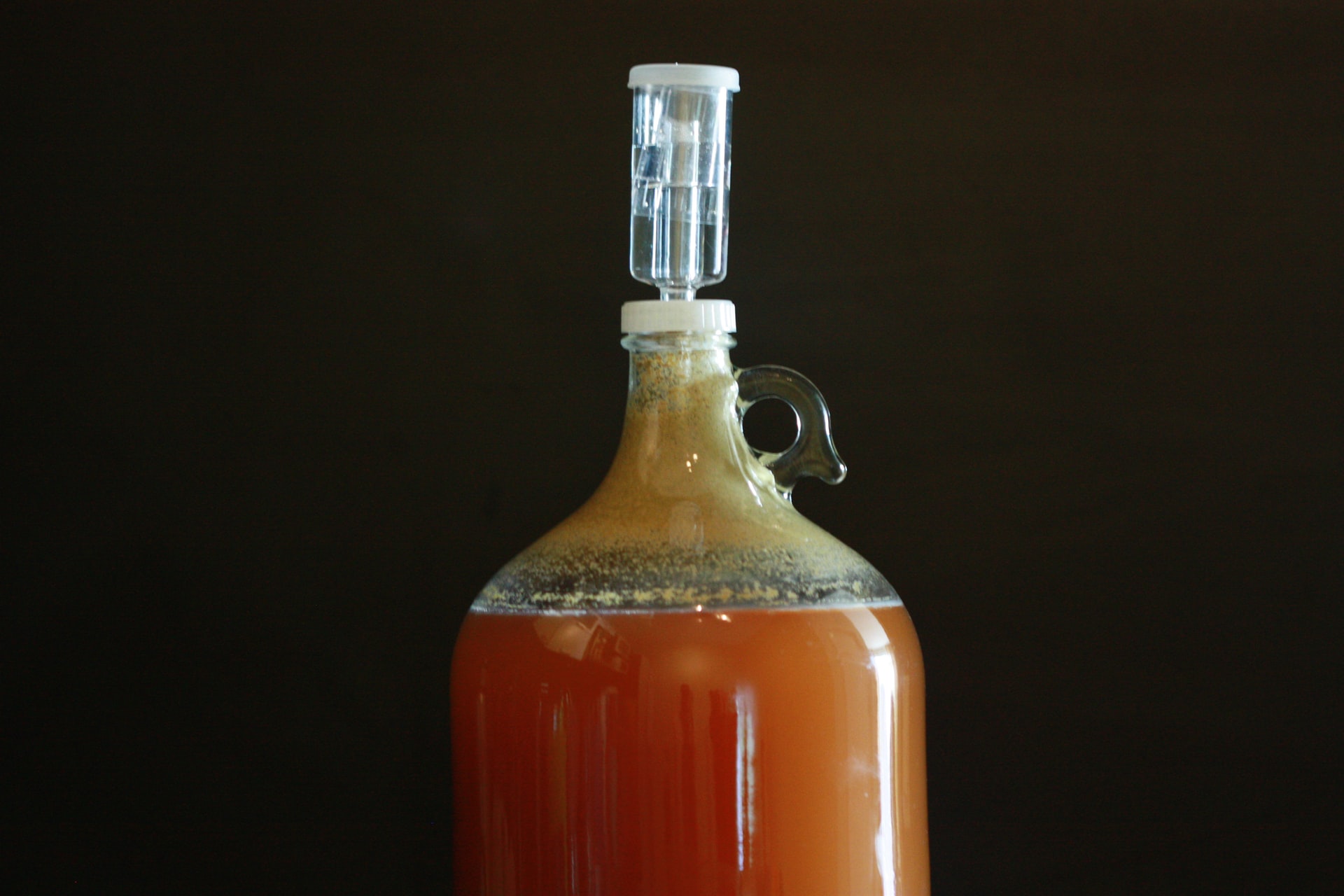 How to Grow Enigma Hops

You can grow enigma hops at home if you wish, although this isn’t something that I have tried yet.

If you have grown hops previously, you shouldn’t find any particular difficulty with Enigma, as I don’t think it has any major red flags when growing. However, if you are new to growing hops yourself, you might want to have a look at my guide on how to grow hops.

There is an added uniqueness to growing your own hops and using them in various homebrewed ales and lagers. Although, if you want to get started quickly with brewing ales with Engima, the hops aren’t difficult to buy.

What Kind of Beers Can you Make from Enigma Hops?

That isn’t to say you can’t create some fantastic homebrews with Enigma, but I think it is pale ales and IPAs that work best with this hop. Although, if you do make some other beer types with Enigma, I would be keen to find out! 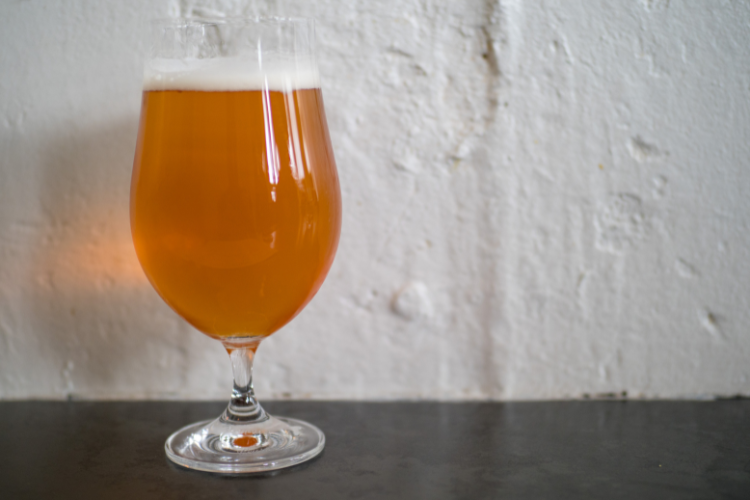 IPAs are one of the best beers I think that Enigma can be used for. Its flavor profile and characteristics lend themselves to creating a fruity and tasty homebrewed IPA.

The tropical, stone fruit and berry notes (you may also find some white grape aromas in there) work great in an IPA, in my opinion. However, as I said above, Enigma can have a dryness, which backs up the white wine taste and can work well to conjure up an interesting southern hemisphere IPA.

You can undoubtedly use Enigma to create a hoppy IPA; however, I recommend combining it with another hop to bring about more intense flavors. Citra would be one hop I would add to an IPA recipe with Enigma. Even though Enigma has some subtle citrus hints, it isn’t massively noticeable, so I think that a hop such as Citra or maybe even Amarillo would work with Enigma to create fantastic homebrew full of different flavors with the right bitterness. 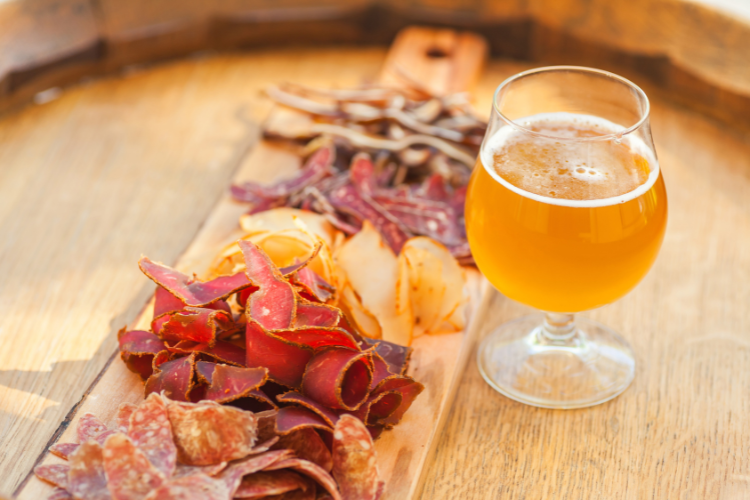 Contrary to some beliefs, there is a difference between an IPA and a pale ale. In fact, I have compared IPAs and pale ales before, so you might find it interesting to have a read-over. While they share similar characteristics with their hoppy nature, there are some differences.

IPAs tend to be more bitter than pale ales, and they also usually have higher alcohol content. In contrast, pale ales normally feature softer flavors, but they are often lighter and don’t feel as heavy when drinking.

So, as Enigma can be used for an IPA, I also think it can work well in a pale ale. The flavors can transfer over to both types of homebrews, but you might want to consider the hop and malt combination for a pale ale when using Enigma. Munich and Crystal malts have been used in several session pale ale recipes alongside Enigma to create a wonderfully versatile pale ale that captures and promotes different flavors.

Enigma hops are easy enough to find for use in your homebrews; however, if you do have trouble getting your hands on any, there are some alternatives that you can use. 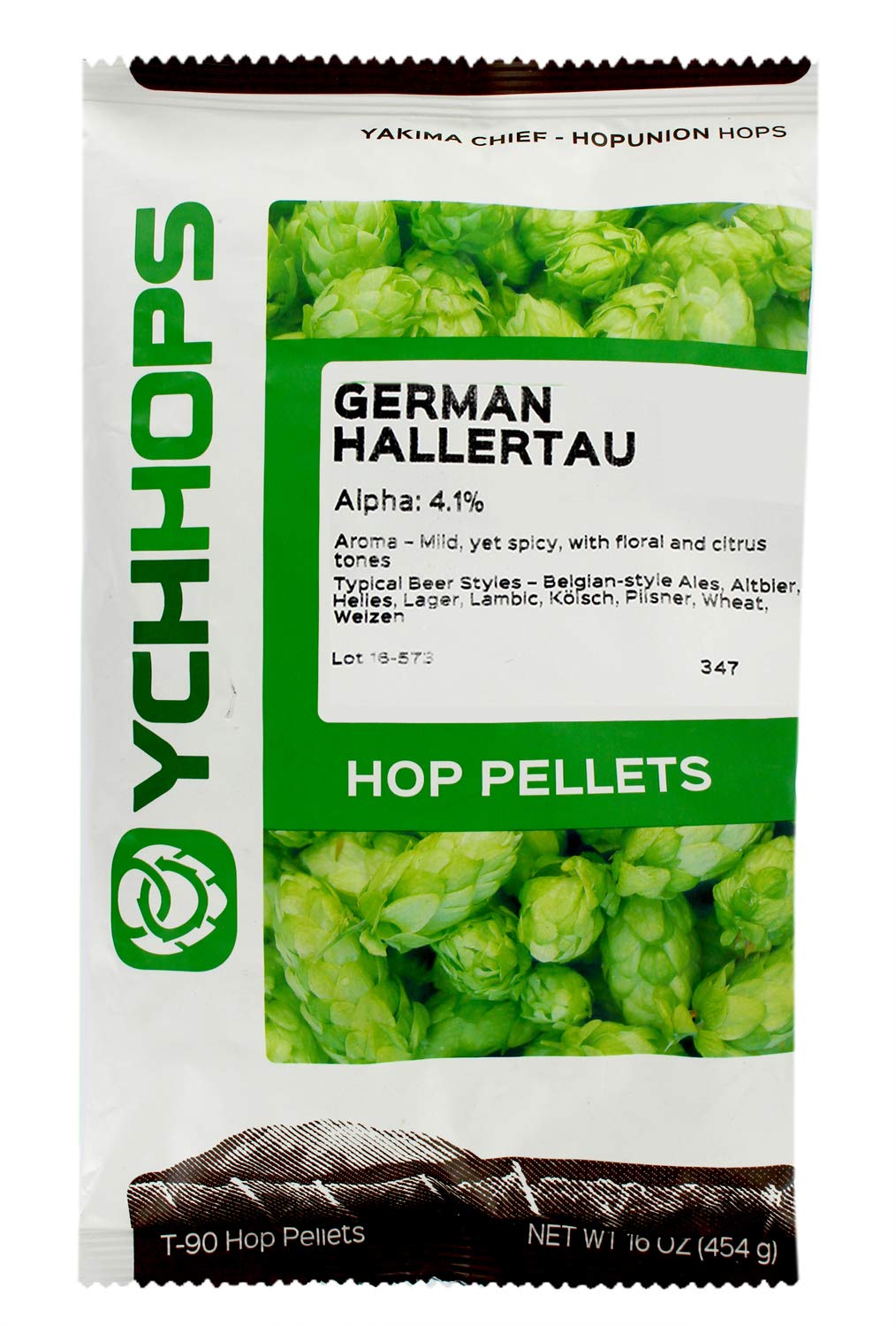 The first hop you can use instead of Enigma is Hallertau Blanc.

This German hop shares some characteristics similar to Enigma, mainly the white grape flavor. Hallertau Blanc was released about the same time as Enigma (back in 2012), so it is another relative newcomer to homebrewing and commercial beers.

You won’t get the same stone and tropical fruit dominant aroma with Hallertau Blanc, but what you will find is pineapple and gooseberry mixed in with lemongrass and some other fresh fruits. There is also a slightly citrus finish to this hop, although it is overpowering by any means, which isn’t necessarily a bad thing. The Mycerene levels are significantly higher in Hallertau Blanc compared to Enigma, which would explain its more citrus notes.

Hallertau Blanc works well in both IPAs and pale ales, and I have found that it would also be a suitable hop for wheat beer and Belgian ales. This does make it a bit more versatile than Enigma for making different homebrews. 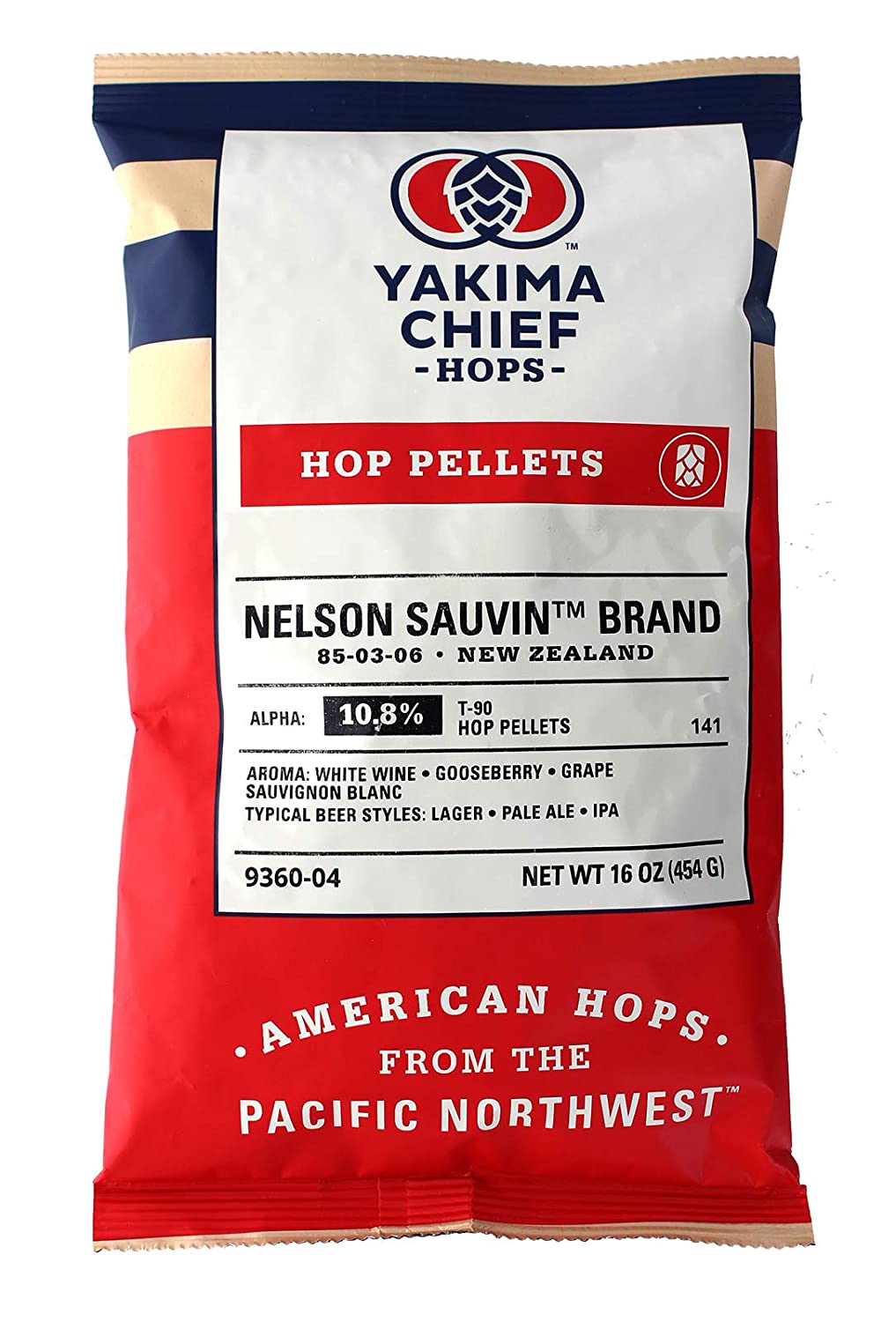 The next hop that you can use instead of Enigma is a New Zealand hop called Nelson Sauvin.

I like these hops for their bittering qualities, and you also get some intense fruity flavors that are in tune with most hops from this region. Berry is a predominant flavor with Nelson Sauvin, particularly gooseberry, and the white grape notes are very similar to Enigma.

You find many tropical fruit flavors with Nelson Sauvin, making it an ideal replacement for Engima with some very subtle differences. For light and refreshing ales, it works really well. In fact, Galaxy hops (that I have listed below as another alternative) go great in conjunction with this hop to create some ideal-tasting IPAs, pale ales, and lagers.

If you want to keep your alternatives in the same part of the world, this New Zealand hop is a good substitute for Enigma. You can read my full Nelson Sauvin guide to find out more about this exciting hop. 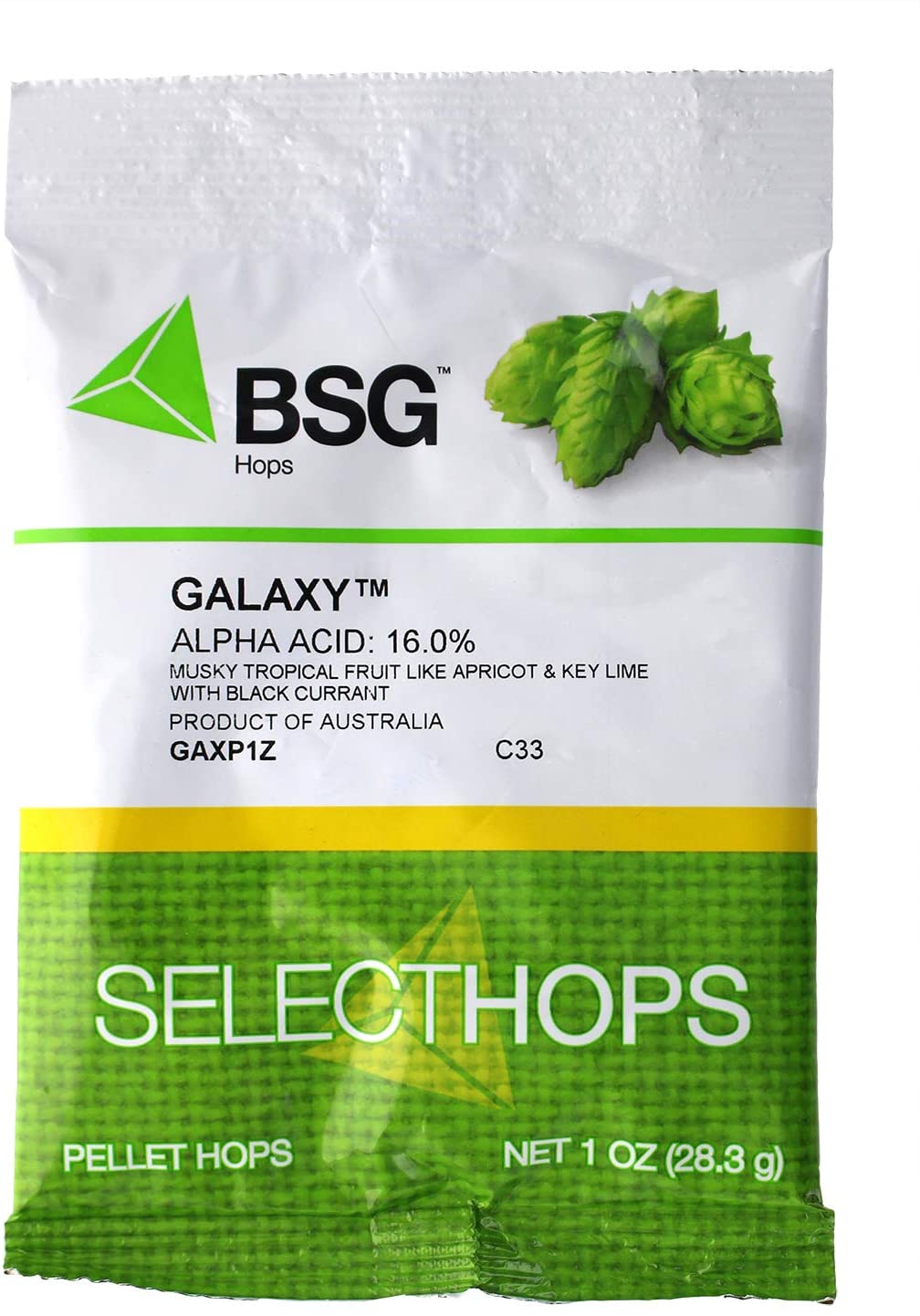 The third alternative that you can use to Enigma is Galaxy hops.

This is an Australian hop that has a lot in common with Enigma. It is a descendant of Perle hops, but Galaxy adds many of its own unique flavors and aromas to different homebrews.

With Galaxy, you can expect to find tropical and stone fruit notes (in line with Enigma), but you will find a higher citrus taste which can add a nice and refreshing finish to many IPAs, pale ales, and wheat beers.

Passionfruit with peach, pineapple, and other tropical tastes are the prevalent flavors of this hop, although you won’t find many floral or pine notes.

I have compiled a guide on Galaxy hops which will give you a more in-depth look at their flavors and how this hop can be used for great-tasting homebrews.

Answer: Enigma hops feature many flavors that are typical of hops grown in the Southern Hemisphere. With Enigma, you can expect to find strong notes of berry, stone fruit, and passion fruit. There is a slight citrus and white grape flavor, but it isn’t powerful.

Question: What types of homebrews can I make with Enigma hops?

Answer: I have found that Enigma hops can be a bit more restricted in the types of brews you make. They wouldn’t work well in a stout, for example. However, Enigma hops are ideal for both IPAs and pale ales, especially when combined with complement hop varieties.

Question: What hops go with Enigma?

Answer: Enigma hops don’t always have the most intense taste (compared to their aroma), so you need to use different hops to create flavorful beers. Some hops that work well with Enigma include Citra and Amarillo, or you could use Munich and Crystal malts for pale ales.

Question: Can I just use Enigma hops in an ale?

Answer: I wouldn’t recommend only using Enigma hops because even though their aroma is powerful, the actual taste of your finished ales can be mild. Enigma hops work best when their flavors can come through in conjunction with other, more assertive hops.

Question: Where do Enigma hops come from?

Answer: Enigma hops are Australian hops developed by Hop Products Australia as a cross between Swiss Tettnang and hops from North America. The hop was released in 2013.

Conclusion: Experiment with Enigma but Include Stronger Hops for Fuller Flavored Ale

There is a lot I like about Enigma hops; its name matches how it performs when homebrewing.

Depending on how you use this Australian hop, you get contrasting flavors, from stone and tropical fruits to some white grape and mild citrus elements. I think this hop definitely works well with pale ales and IPAs to create some tasty homebrews; however, the eventual taste doesn’t always correspond with how intense the hop aroma is.

This is why I recommend combining Enigma with other hops with a more robust finish. If you use hops such as Citra, Amarillo, or even Cascade, you can create beautiful IPAs and pale ales with a definite hint of the Southern Hemisphere.