Chinook hops are incredibly versatile as you can use them as a bittering hop or at any point during the brewing process. Our Chinook hops guide will explore why this hop is popular with commercial brewers and homebrewing enthusiasts.

If you want to craft some incredible craft beers and ales, we will show you how to brew with Chinook hops, what they taste like, and some hops varieties that complement Chinook perfectly.

We will also look at some alternative hops you can use instead of Chinook. 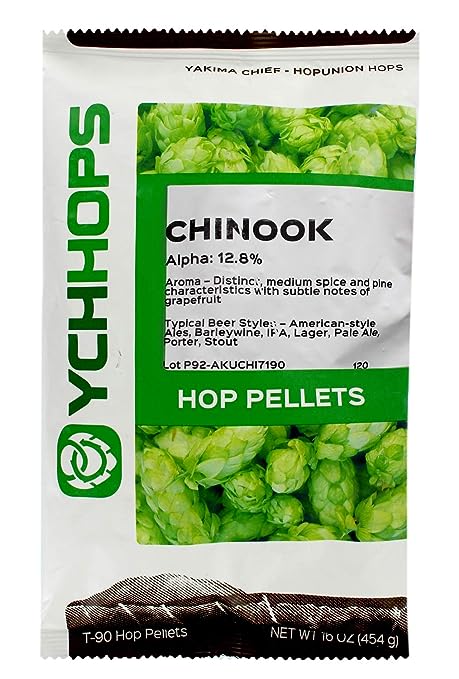 Great for use in most IPA's, Subtle notes of grapefruit, Great tasting hop to add to your brew.

What is Chinook Hops?

Chinook Hops is a famous American hop that is present in a vast number of craft beers.

The hops have been around since the mid-1980s, and they were created by crossing a male hop with Petham Golding. The hops were first bred in the Yakima region of Washington State.

Homebrewers enjoy using Chinook for several reasons that we will go through in this guide; however, this includes their flavor profile, compatibility with many other hop varieties to make fantastic tasting brews, and decent storage index.

They are the 8th most harvested hop in the USA.

This hop offers high alpha acid, so it is perfect for bittering, but this hop has also been utilized throughout the whole brewing process.

Even though many people associated Chinook as primarily a bittering hop, it has emerged as a dual-purpose hop and a solid all-rounder. Using it as a late addition or in the dry-hopping process has grown in popularity, and it is present in many famous brews, particularly in America.

The hop has spicy and smoky undertones, while there are hints of earthiness in its flavor. Grapefruit is another strong taste you will find when using Chinook as part of the homebrewing process. For this reason, it should be used quite sparingly, as too much of this hop can massively overpower your beers, ales, and IPAs.

Some brews that use Chinook Hops include:

Chinook Hops have a high alpha content, and this is why they are predominately used as a bitter hop. However, the ingredients in this hop also make it ideal as a dual-purpose hop, which allows it to be utilized in any stage of the brewing process.

The Myrcene provides Chinook with its fruit flavor (with noticeable grapefruit notes), while the Humulene offers a spiciness to the brews made with this hop. You will also come across the earthy and woody aroma due to the average amount of Caryophyllene present in Chinook.

How to Brew Beer with Chinook Hops

Many homebrewers use Chinook Hops to combine a wide range of hops to create unreal tasting beers and ales. Let’s have a look at how to grow with Chinook and what other hops you can use in conjunction with Chinook in your home brewing efforts.

How to grow Chinook Hops

Chinook hops are readily available to buy; however, many people prefer going full throttle in the homebrewing process and growing their hops.

Chinook can be grown, but they do take a bit of care to get right. You can follow our guide for growing hops while keeping in mind:

Chinook hops have a decent storage rating and lose around 29% of alpha and beta acids after 6-months. Therefore, you need to ensure that the hops are stored at 68°F or 20°C.

When to add Chinook Hops

Chinook hops are dual-purpose hops so that you can add them at any stage of the brewing process. This includes the dry-hopping process or late additions.

As this hop contains a significant alpha acid ratio, Chinook has primarily been added as a bittering hop. Even small amounts of Chinnk can create a lovely bitter flavor to many brews; however, you need to use this hop quite sparingly as too much can overpower the taste.

We love Chinook because this hop can be used together with many different hop varieties to significant effect.

Centennial hops are commonly used with Chinook as the pine, floral, and citrus notes work perfectly. However, you can also use Cascade, similar to Centennial, as a hop variety alongside CHinook to make great tasing beers and ales. Cascade has floral and spice citrus notes, but they aren’t too overpowering.

If you particularly want to ramp up the citrus taste, add some Citra into your homebrew if you are using Chinook. The intense flavors of Citra can seem overpowering to some, but used in moderation accompanies the more mild Chinook well.

Some people have used Amarillo instead of Citra as the flavor is less intense, but it still complements Chinook and helps you to make tasty ales.

Simcoe can also be used with Chinook, and it offers grounded earthy and fruity.

If for some reason, you want to use hops that are similar to Chinook (but the not real thing), some alternatives work well. While Chinook hops are easy to buy, these hops can act as a great substitute.

For the bittering process, we recommend opting for Northern Brewer if you want an alternative to Chinook. This aged-old hop that has been around since the 1930s is ideal for bitter ales and stouts. With earthy tastes and some mint notes, Northern Brewer gets its flavor profile from the combination of East Kent Golding and Brewer’s Gold male.

This historic hop was crafted in Idaho in 1968 and released onto the market a decade later. Galena might not be as well-known as some other hops, but it is still extensively used and can be utilized as an alternative to Chinook.

This hop has a very fruity profile, including grapefruit, blackcurrant, pear, and lime, while there are spicy and earthy notes. Galena is chiefly used in late boil additions. 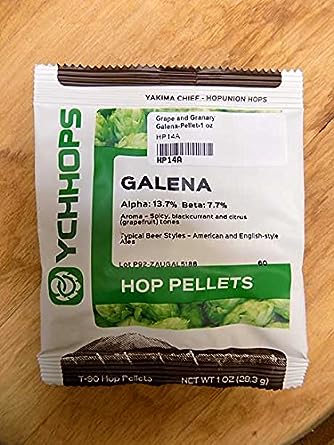 Galena hops are very mellow for a high alpha hop. They have a well-balanced clean bitterness and have a basic citrusy aroma.

Another hop that is commonly used as a substitute for Chinook is Nugget. The woody flavors that you find in Chinook are present in Nugget, too, while you will also discover spicy ginger notes and infusions of fruit such as peach and pineapple. You can read our review of Next Coast IPA, a popular ale that uses Nugget hops to great effect. 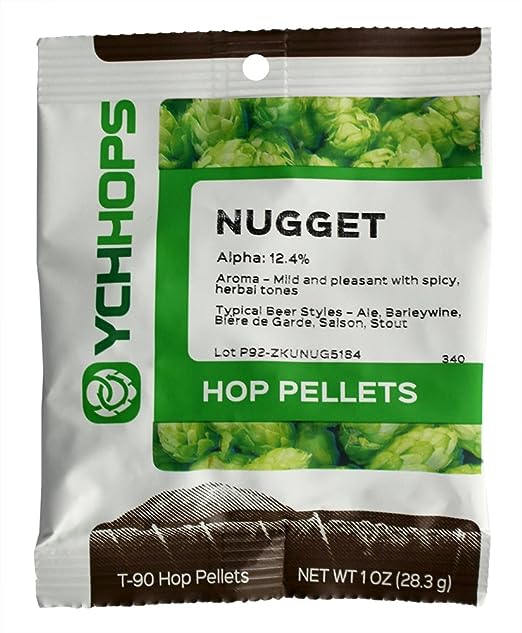 Nugget is a high alpha acid hop with a good aroma profile. Beer styles that typically use this hop include ales, stouts, and barleywines.

Columbus hops is another hop variety that produces similar results to Columbus. Like Northern Brewer, Columbus is used mainly as a bittering hop and can help provide a decent level of bitterness to your brews.

You will find comparable flavors in Columbus as in Chinook, which includes spicy and earthy hints. Many people also use Columbus alongside Chinook to add to the overall taste of their brewing efforts.

Answer: Chinook hops provide both spicy and smoky flavors. Some of the notes you can expect with this hos include pines with some mild grapefruit, and the overall taste can be pretty bitter with Chinook.

Question: Is Chinook a Bittering Hop?

Answer: Yes. Chinook is often used as a bittering hop because it has a high alpha acid content. However, you can also use Chinook throughout the brewing process, including dry-hopping, and as a late addition.

Question: Can I Combine Chinook with Citra Hops?

Answer: Chinook works well with many different hop varieties, and that includes Citra. Some other hops that work with Chinook include Amarillo, Simcoe, Cascade, and Columbus hops.

Question: What are Some Examples of Beers That Use Chinook Hops?

Question: Where Can You Buy Chinook Hops?

Answer: Chinook hops are widely available. If you don’t want to spend time growing your own hops, we recommend opting for the Home Brew Ohio Chinook Pellet Hops to use in your homebrewing creations.

Chinook hops are a very diverse hop that can be utilized for both the bittering process, dry hopping, and as a late addition. We thoroughly enjoy the versatility of Chinook hops as you can use them alongside many other varieties such as Citra, Cascade, Simcoe, and Amarillo.

If you want to use a smooth and bitter hop to craft some fantastic beers, ales, and IPAs, Chinook is an excellent choice.

Great for use in most IPA's, Subtle notes of grapefruit, Great tasting hop to add to your brew.