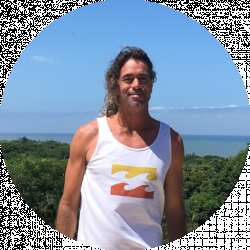 The Zappa Hop is a unique neomexicanus variety, independently evolving in the pristine mountains of New Mexico. Recovered from the wild, this now native North American hop is exclusively cultivated by CLS Farms in the Yakima Valley, Washington, USA.

Zappa Hops are desirable for their unique tastes and aromas. Just like Frank Zappa, who was admired for his bold and unique personality. Zappa Hops have been created by CLS Farms and created in collaboration with the Zappa family, where this hop variety gets its name.

Zappa Hops is a unique neomexicanus hop variety and a tribute to iconic Rock ‘n Roll Hall of Famer Frank Vincent Zappa. The Zappa Hop variety is as unorthodox as Frank Zappa himself, boasting bold earthy, savory, and fruity tastes and aromas. 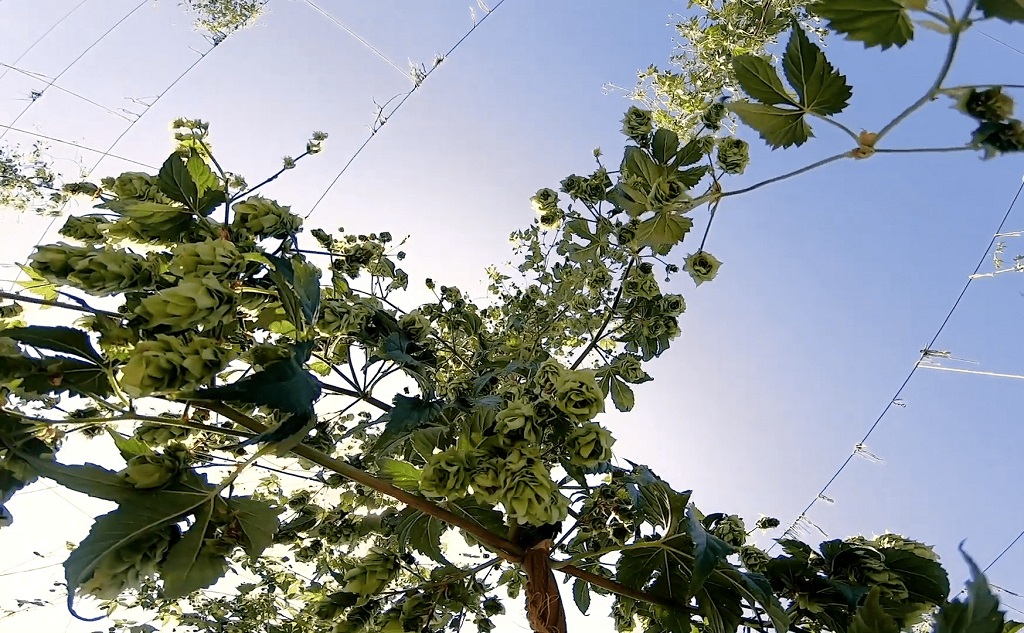 Pros and Cons of Zappa Hops

Zappa Hops is a unique neomexicanus hop variety and believed to have originated in Asia millions of years ago. The hop then made its way to the mountains of New Mexico via natural migration several hundred thousand years ago. This hop evolved naturally in the wild until being discovered and later selectively bred by Todd Bates at CLS Farms.

The Zappa Hop was commercially cultivated in 2015 and is considered a relatively young variety. Although the origins date back to Ancient Asia, the Zappa Hop is considered American and native to North America. 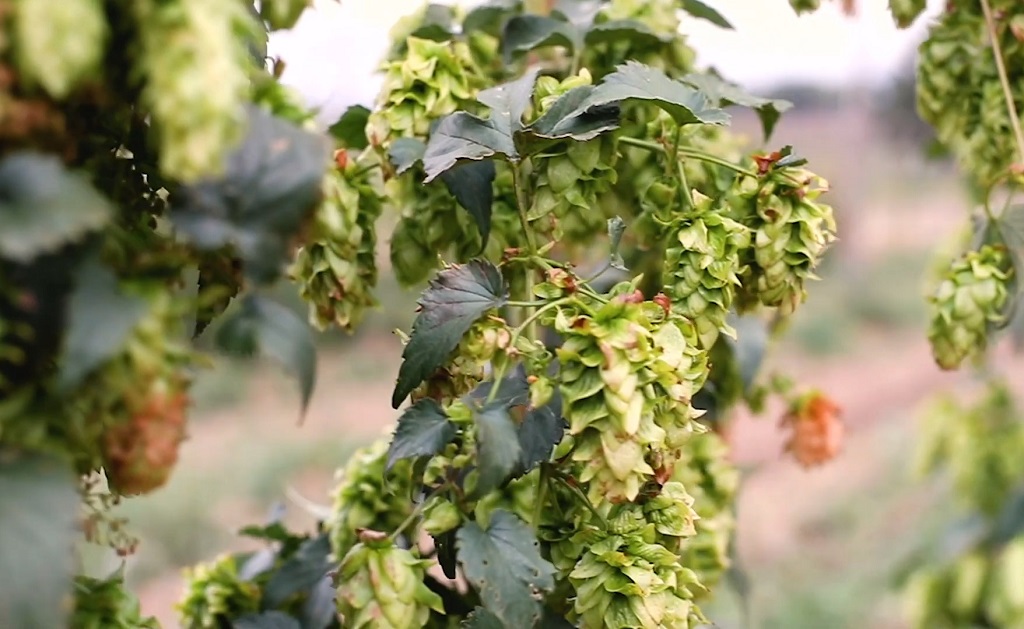 Zappa Hops are exclusively grown by CLS Farms in the Yakima Valley, which can describe as a semi-arid desert region boasting around 300 days of glorious sunshine per annum.

The region experiences four distinct seasons, with rain likely to fall in the Spring season with cool to moderate temperatures ranging between 60 degrees F and 70 degrees F.

Zappa Hops have an appearance as unique as the tastes and flavors it delivers. The hop bines grow tall and wide with large leafy cones. The cones are sparsely compacted and appear fluffy.

Why You Need Them

Zappa Hops are highly-prized for their outstanding aromatic properties, derived from the high levels of essential oils. Essential Oils are delicate and volatile and can easily get damaged in a boil. Zappa Hops perform better when added as a later addition or dry-hopped.

Unfortunately, there are no Zappa Hop Seeds or Rhizomes available for home-growers.

Based in the Yakima Valley, CLS Farms is conveniently situated on one of the best hop-producing terrains on our beautiful planet. The climate is ideally suited for growing world-class hops, with around 300 days of sunshine each year.

Below are four quality substitutes for Zappa Hops: 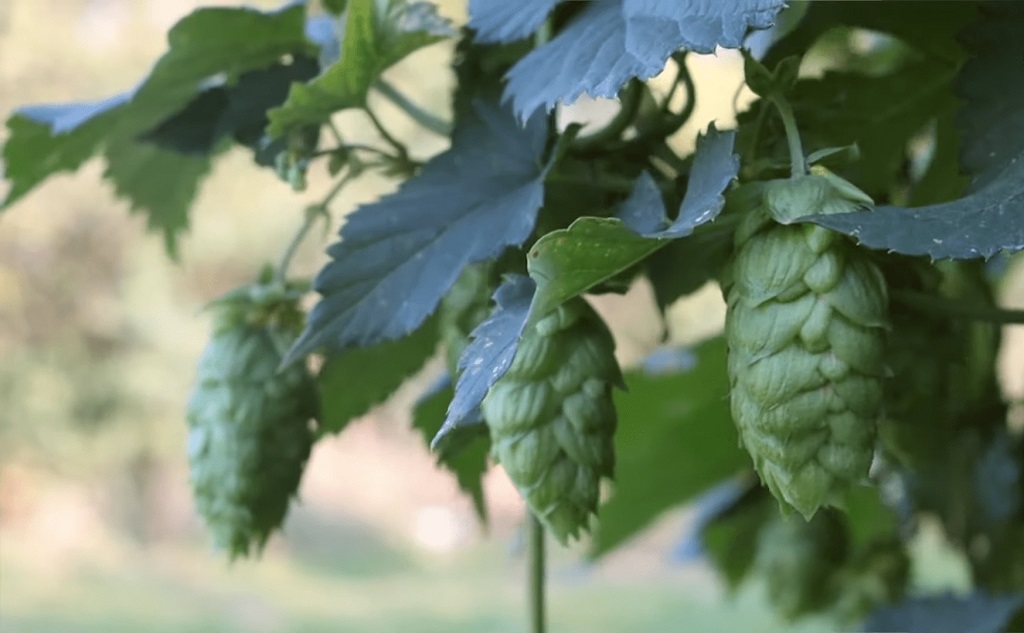 The Astra Hop variety was created and bred by Ellerslie Hop Institute in Victoria, Australia. Ellerslie Hop Australia is a proudly Australian 4th generation company with a history of hop development dating back to the 1930s. The company is known for creating quality hops, but they also produce hop oils and extracts, malt varieties, yeast varieties, yeast nutrients, enzymes, and brewing bacteria.

It took several years of breeding and fine-tuning before releasing the Astra Hop to the public in 2016. Astra is a quality dual-hop delivering modern notes, sweet fruity undertones, and a hint of spice. High essential oil content results in tastes and aromas of grassy white wine, tropical fruits, honey, white peaches, juicy melon, and citrus zest.

The Melba Hop is another excellent example of a quality Australian Hop bred by Ellerslie Hop Australia in Victoria. Melba was introduced to the public in 2004 but only gained popularity within the craft community in 2015. Today, Melba Hops is considered the Dame of Australian Hops and a popular choice for Australian craft beers.

The Melba Hop is a versatile dual-purpose variety with high alpha acid and oil content. It can be used throughout the boil, releasing a clean bitterness when added as an early addition and bold aromas and tastes when added later to the brew.

The Cashmere Hop is a dual-purpose hop variety created by Washington State University and released to the public in 2013. Cashmere was born by marrying Northern Brewer and the much-loved Cascade. 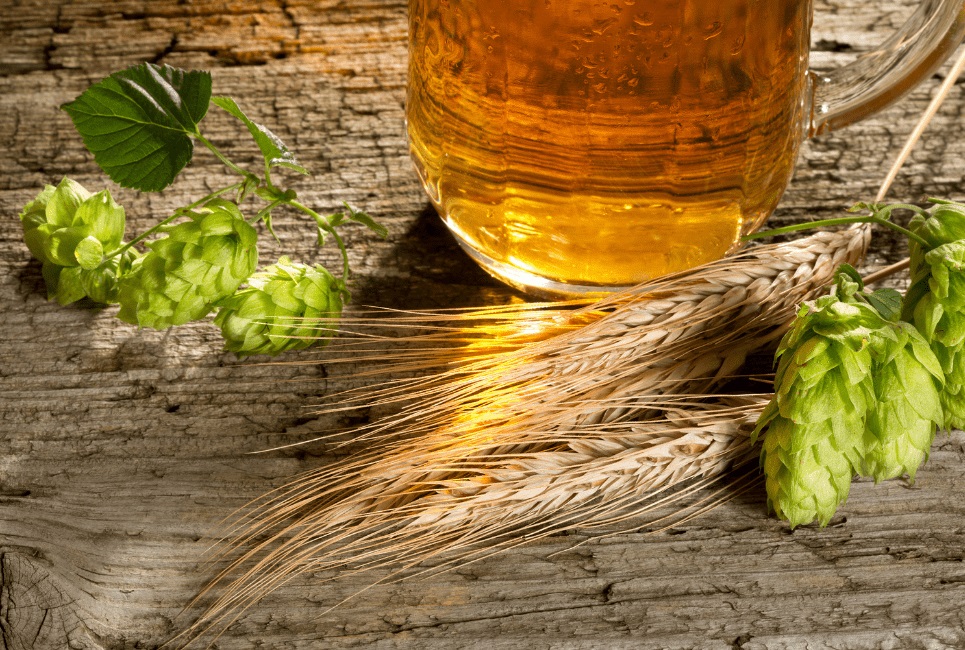 Zappa Hops can be used in most beer styles but mainly feature in Fruited Sour and India Pale Ales:

What started as a technique to preserve the beer for long periods, India Pale Ale has become a trendy beer style of late. India Pale Ale allows modern brewers (professional and amateur) to get creative with the number of hops and varieties in their beer without judgment.

Traditional Ale and Pale Ale are notorious for bold fruity notes, with low to moderate levels of hop bitterness. India Pale Ale stays true to its roots, delivering sweet and fruity tastes and aromas, but the increase in hops takes this fine beer to another level. India Pale Ale offers an ABV of between 6% and 7%.

Fruited Sour Beers originated in Belgium, and the recipe dates back to the early 1900s. This unique beer contains high acidic levels. The high acidic levels are then expertly balanced by adding sweet fruits, such as ripe peaches, fresh cherries, and juicy raspberries.

Fruited Sour Beer is an acquired taste that may take some time to get used to the acidity. It is certainly not my favorite beer style, but I encourage you to try it and make your own assumption. Fruited Sour Beers offer an ABV of between 4.6% and 7.6%.

Below are three quality beer brands made using only Zappa Hops in the brewing process: 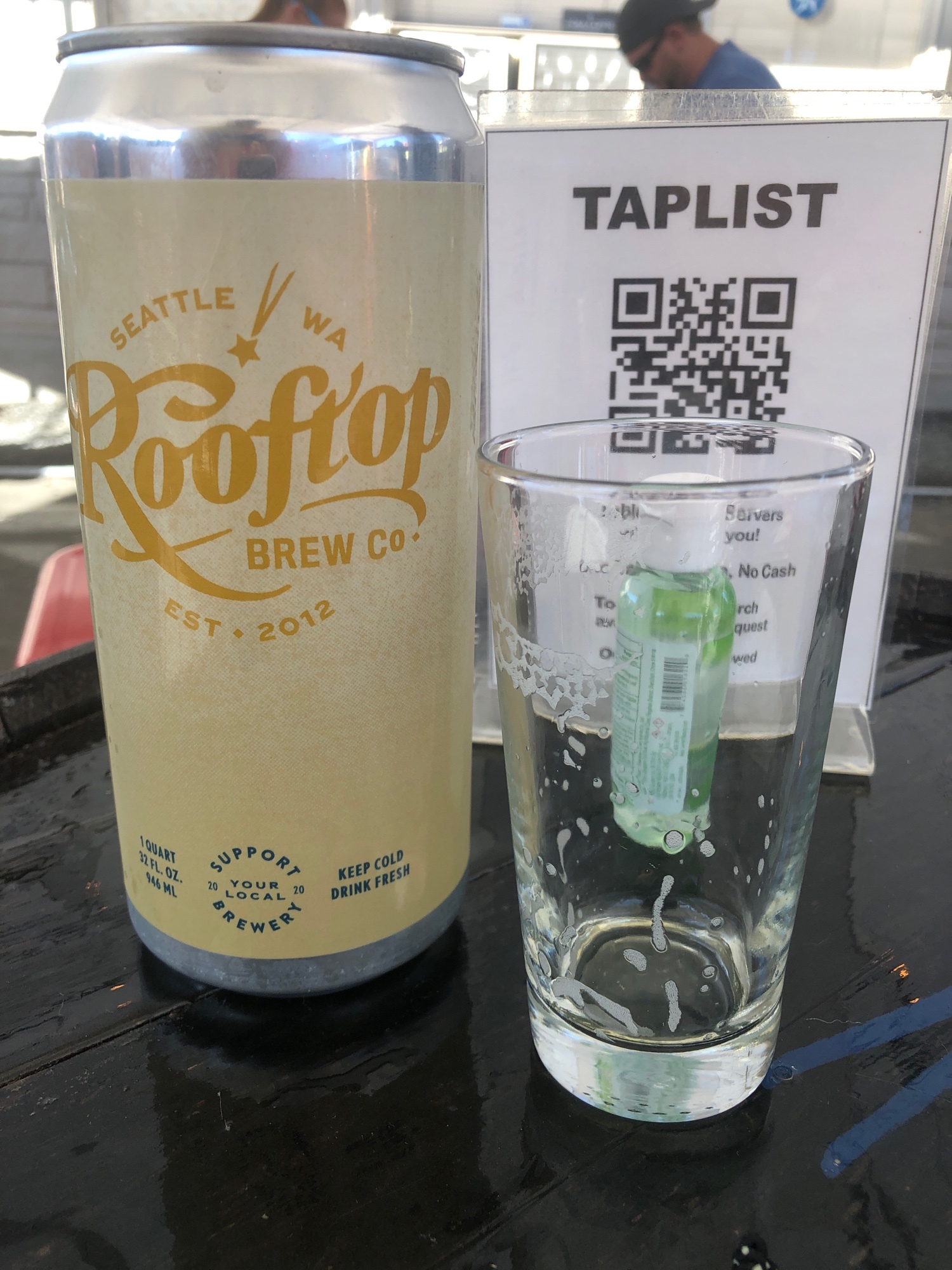 The Rooftop Brewing Company started in a garage behind the local 7-11 in Seattle in 2012. One year later, the nano-brewery opened to the public and focused on quality artisan beers. These guys enjoy life and have fun which is evident in their delightful beers.

Zappa Single Hop is a remarkable India Pale Ale, delivering intense tastes and aromas of tropical fruits. Upfront, you encounter juicy passion fruit, followed by a delightful combination of exotic tropical fruits with a mild trace of hop bitterness. The finish is superb and keeps you wanting more. Zappa Single Hop IPA offers an ABV of 6.9%. 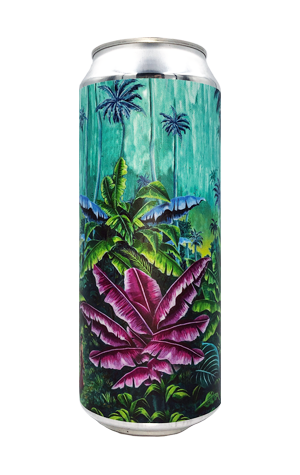 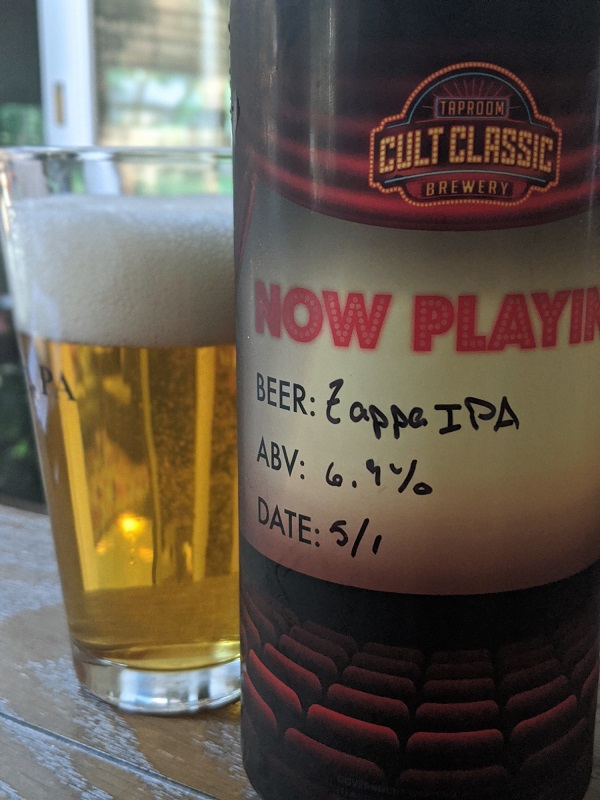 The Cult Classic Brewing Company is based in Stevensville, Maryland, USA, and creates a wide range of remarkable craft beer types and styles. By their own account, the brewery specializes in porters, stouts, IPAs, and German lagers.

Below is a list of three quality beer brands that combine Zappa Hops with other hop varieties when brewing their beloved beer:

Sierra Nevada Dankful is a bold IPA produced by the Sierra Nevada Brewing Company in North Carolina, USA. The brewery has been brewing beer since 1980 and has earned a reputation for quality and innovation. The Sierra Nevada Brewery is highly focused on sustainability and was awarded the prestigious Green Business of the Year in 2010.

Sierra Nevada Dankful IPA is generously hopped with seven varieties, delivering full flavors, powerful aromas, and generous amounts of hop bitterness. This resinous Westcoast IPA has so much going on that it is hard to keep up. 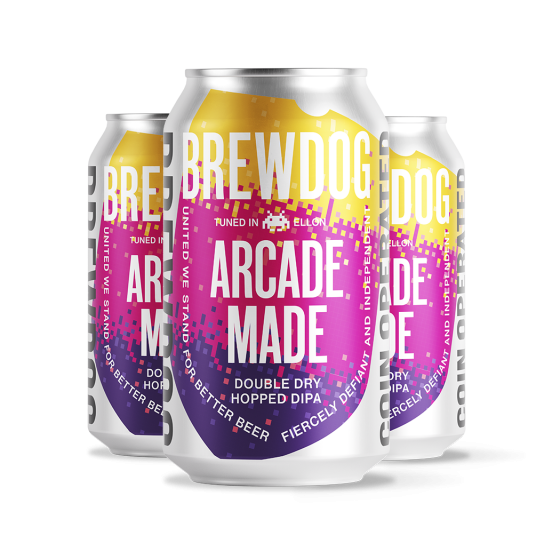 Arcade Made by BrewDog Brewery is a Double IPA brewed in Fraserburgh, Scotland. The brewery was founded in 2007 by school friends Martin Dickie and James Watt. The duo was reportedly the first microbrewers in Scotland, and today, some believe that they are the best craft brewery in Europe, with their Punk IPA being the best-selling craft beer in the United Kingdom.

Arcade Made by BrewDog is a double dry hopped Double IPA delivering flavors, aroma, and hop bitterness that is off the charts. Bold notes of strawberry and passion fruit are well- paired with earthy tastes of fresh mint and resinous pine. The finish is silky smooth and refreshing. Arcade Made by BrewDog offers an ABV of 8.0%.

Akademia the Mother of Invention 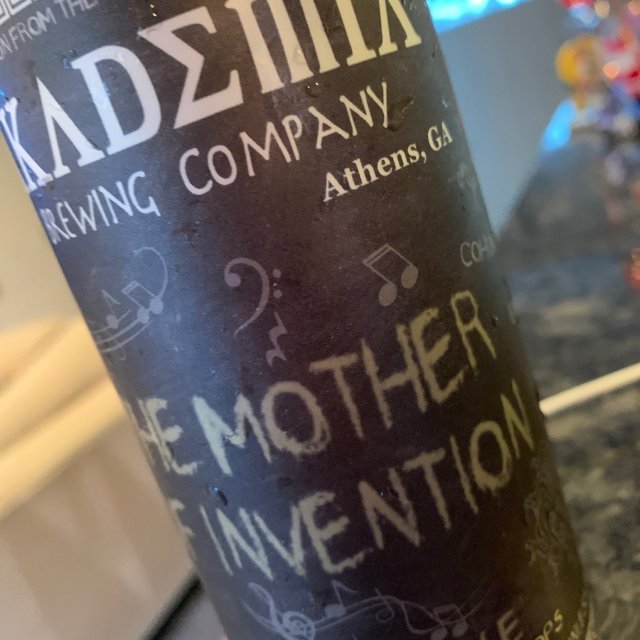 The Mother of Invention is a Pale Ale with a prominent and lingering flavor. Typical of authentic ales, fruity flavors are followed by bright hop tastes, and aromas of orange and orange zest are dominant in this unique Pale Ale, with a mild trace of hop bitterness. Mother of Invention offers an ABV of 5.5%.

Question: What is Zappa Hops?

Answer: The Zappa Hop is a young hop variety created by CLS Farms in the Yakima Valley, Washington, USA. Zappa Hops are typically used late in the boil, releasing intense and powerful aromas and tastes.

Question: What is a Zappa Indian Pale Ale?

Answer: A Zappa IPA is a delightful West Coast IPA-style beer and a favorite of the legendary Frank Zappa. Zappa IPA delivers bold notes of grapefruit and passion fruit with a hint of spice. Zappa West Coast IPA is made using Zappa, Simcoe, and Cascade hops. This combination results in a full-flavored and aromatic beer with a clean, dry, and refreshing finish.

Question: How do Zappa Hops taste?

Answer: Zappa Hops deliver a taste like no other. A necessary collaboration with the Zappa family, this variety is as ‘out there’ as the iconic musician himself. It is a unique aroma hop with bold aromas of earthy pine, citrus, passion fruit, and juicy mango. Additional notes include fresh mint and savory.

Question: What are Neomexicanus Hops?

Answer: Neomexicanus Hops originated in Asia and arrived on American shores via early migration hundreds of thousands (if not millions) of years ago. The genetically distinct subspecies adapted to the climate in the American Northwest and have thrived in this region ever since.

Answer: When used with whirlpool or dry hop additions, pure hop lupulin powder contributes to a concentrated flavor in your beer. Unfortunately, there is not yet a lupulin powder version of the Zappa Hop available, but I am sure it will be available in the future. Haas (Lupomax), Yakima Chief Hops (Cryo/LupuLn2), and Hopsteiner are the leaders in this field, so check the websites periodically.

The Zappa Hop is a unique neomexicanus aroma hop variety created by CLS Farms in the Yakima Valley, Washington, USA. The hop variety was named after Iconic musician Frank Vincent Zappa and bred in collaboration with the Zappa Family. It is a quality dual-purpose variety offering bold aromas and tastes.

The Zappa Hop is an ideal hop variety for home brewers who enjoy bold fruity notes with savory notes in their beer. Unfortunately, no Zappa seeds or rhizomes are available for home growers, but homebrewers can purchase Zappa hop pellets online from CLS Farms, Yakima Valley Hops, and Crosby Hops.