I have started to look into using hops from around the world to create some unique beers. My Kohatu hops guide is going to explore this interesting New Zealand hop to see if it is worth using in your homebrews.

I’ll describe the flavor profile of Kohatu hops, the types and drinks you can create with this hop, and I will also list a few alternatives you can consider.

If you want to experiment with a hop from the Southern Hemisphere, give Kohatu hops a try. They have a slightly milder flavor than some other New Zealand hops, but that can work to their advantage. Kohatu hops provide impressive tropical and stone fruit flavors, which you can use for IPAs, wheat beers, and ales.

Pros and Cons of Kohatu Hops 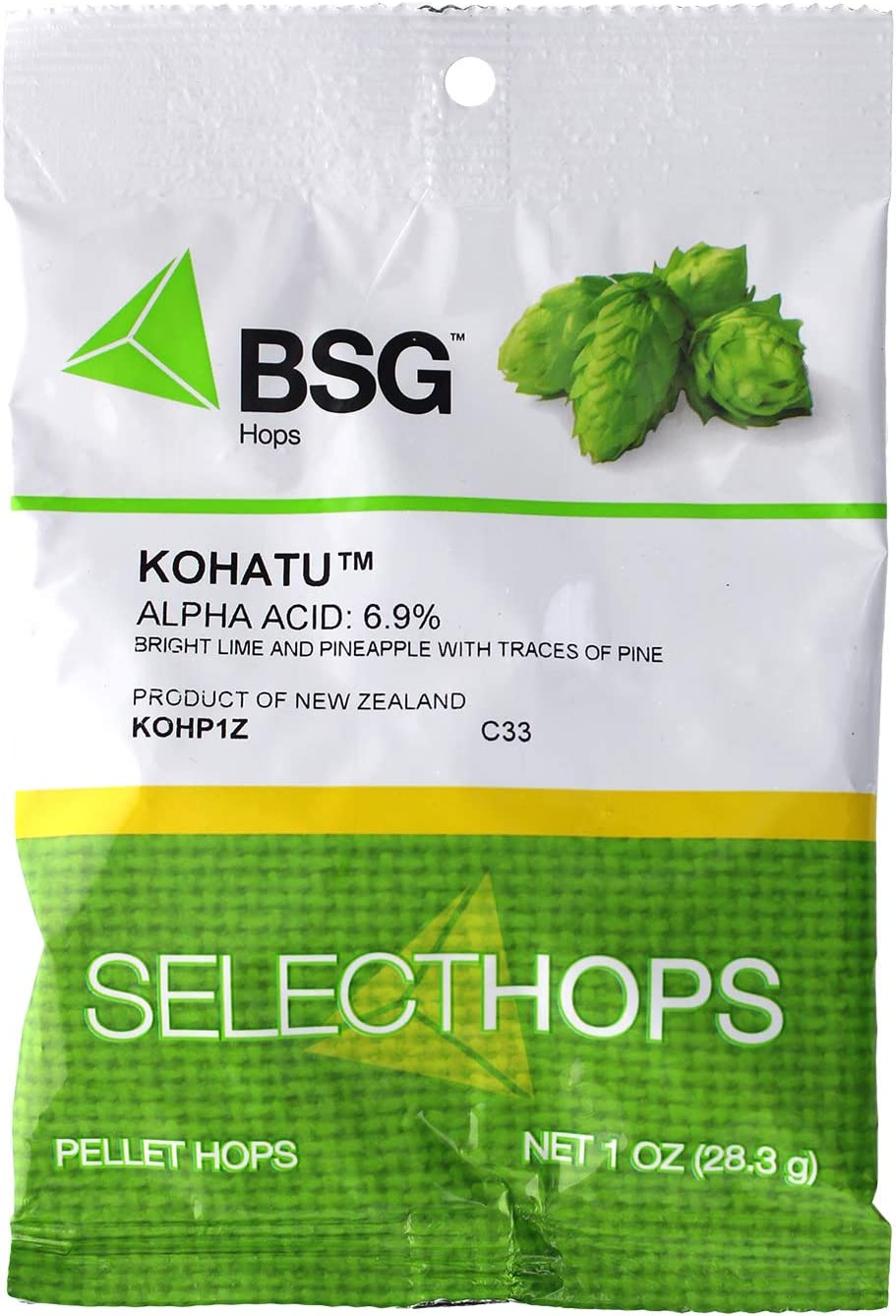 There have been a lot of interesting hops coming from New Zealand in the last decade. For a part of the world that you wouldn’t automatically cast your mind to for hops, they have recently bred some fantastic varieties, including Motueka and Wai-iti.

Kohatu is a dual-purpose hop that was released in 2011, the same time as Wai-iti, and they offer many different possibilities for creating fantastic homebrews. The hop is named after the town of Kohatu, close to the impressive Motueka River.

While this hop is quite new to the market, I have come across some homebrewers who have used this hop to great effect. This is why I want to highlight Kohatu hops, as they can provide a different edge to your homebrews by bringing in a New Zealand twist. 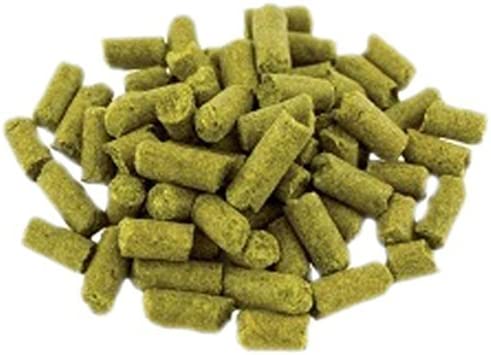 The first thing I noticed about Kohatu hops is that they give off a milder aroma than I was expecting. I would describe it as slightly more subtle than I expected, but you can really pick up certain scents and flavors in this hop.

Kohatu hops have an abundance of tropical and stone fruit aromas, and you can sense the freshness that this hop will add to your homebrews. In some ways, there are resemblances to the noble hop Hallertau Mittelfrüh (and also to Crystal hops) as the Humulene and Myrcene percentages are similar.

Myrcene is what gives Kohatu its fresh and tropical fruit aroma, and the slightly higher than average Humulene levels add a woody aspect to its overall flavor profile.

Stone fruit (apples, pears, peaches, etc.) is one of the defining characteristics of Kohatu hops, which is unsurprising considering Kohatu is the Maori word for stone!

Given Kohatu’s aroma and taste, I think this hop works great for creating lighter lagers and ales, and I’ll look at the types of homebrews you can make a little later on.

How to Grow Kohatu Hops

There is potential to grow Kohatu hops yourself, although I haven’t actually tried this. Kohatu hops are easy to find and purchase online, so I haven’t really felt the need to grow my own to use in any homebrew experiments.

If you do like the idea of growing your own hops and using them in your beers and ales, check out my guide on how to grow hops first. This will give you a solid basis on the things you need to think about and do when growing hops in general.

Hops do vary in the care and attention they need, so I recommend carrying out some research specifically on Kohatu hops.

What Kind of Beers can You Make from Kohatu Hops? 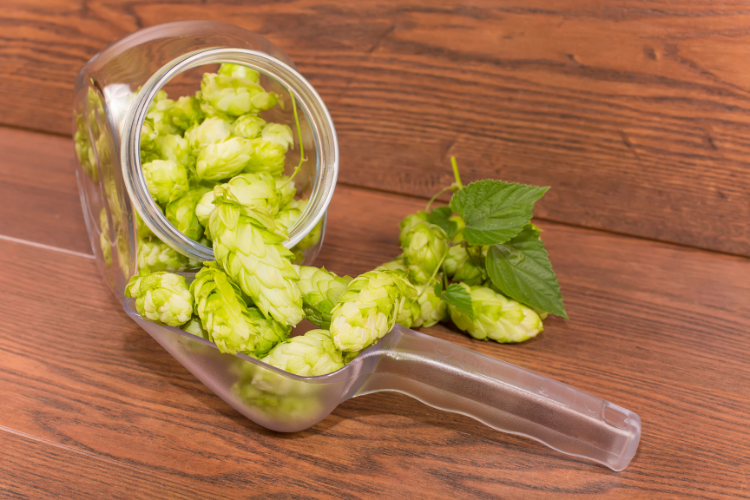 Kohatu hops open up a few doors to make some exciting homebrews. If you haven’t used hops from the Southern Hemisphere before, you can add some intense, lighter, and fruity flavors to many types of drinks with this hop. Here are a few beers and ales varieties that I have found work great with this New Zealand hop.

Personally, I don’t think you can beat a solid IPA, and my own personal preference is the fruitier and lighter, the better. If I want a heavier drink, I’ll opt for a stout or maybe even darker ale.

Kohatu hops are ideal for session IPAs as their strong emphasis on tropical and stone fruits combined with a large degree of bitterness work great with pale ales. Brewdog has a single hop India Pale Ale called Kohatu, so that should be enough to confirm that this hop is perfect for use in a homebrew IPA.

You won’t get a whole lot of citrus flavors with Kohatu, but the tropical and stone fruit aromas make for a light and refreshing pale ale. Be wary if you intend on using a strong citrus hop such as Citra or even Amarillo, as they can mask the milder flavors from Kohatu.

Wheat beers are an excellent drink if you want a beer that offers a lighter and refreshing finish. This is why Kohatu hops work well, as they balance over heavier elements of beer to create a crisp and somewhat fruity aroma.

I would suggest using Kohatu hops sparingly in a wheat beer, as you don’t want to overcomplicate the taste with heavy tropical and stone fruit flavors.

Kohatu isn’t as intense as some other New Zealand hops, but it can still overpower certain types of drinks, especially if you only want some mild fruity and lighter notes. 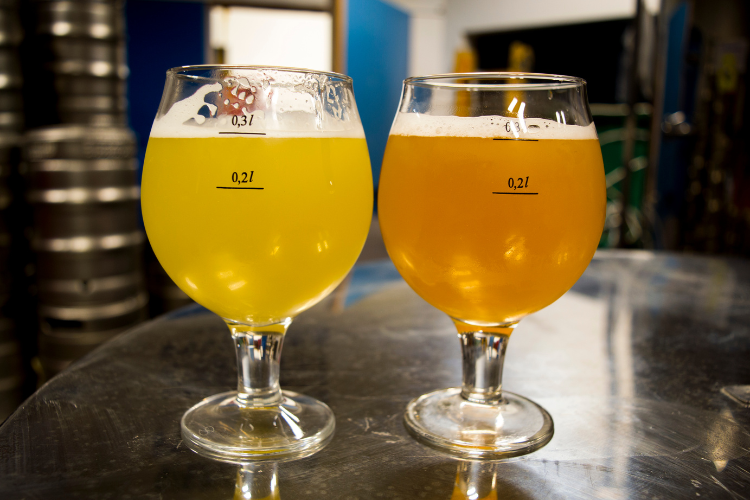 Blonde ales always seem very middle of the road for me, and that isn’t a criticism because drinking something relatively neutral but still rather tasty is good on occasion.

You will know a blonde ale by its striking golden color, and I think Kohatu hops will work well in certain types of lighter ales. I have drunk many blonde ales that bring in some fruity notes, and the milder flavors of Kohatu compared to some other hops from NZ will work well in this type of drink.

Kohatu Smash from the New England Brewing Company is one excellent example of using this hop in a light but flavorful blonde ale.

Another homebrew type that I think Kohatu would be an interesting hop to utilize is Belgian ales. I like their mild bitterness, and the low alpha acid in Kohatu lends itself to creating a well-rounded ale.

You will notice some bitterness when brewing with Kohatu, but it won’t overwhelm your drink, and this is one of the main characteristics of Belgian ales.

Also, you can offset some of the heavier mal flavors of certain Belgian ale recipes by using some Kohatu, which will bring in its tropical fruit flavors without turning your ale particularly hoppy. 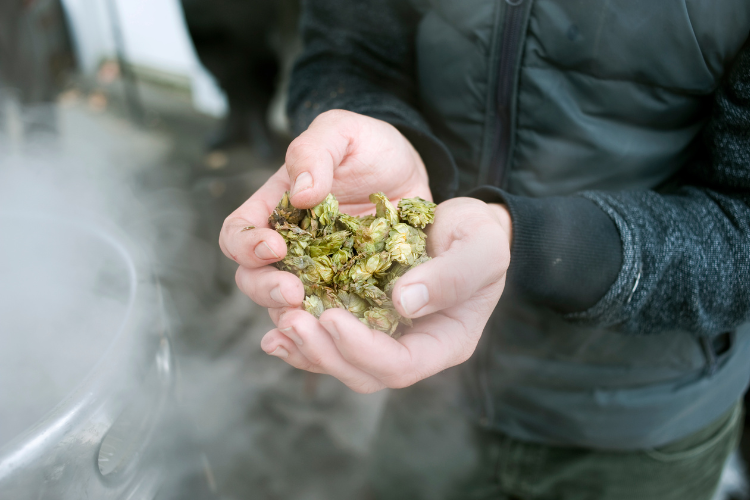 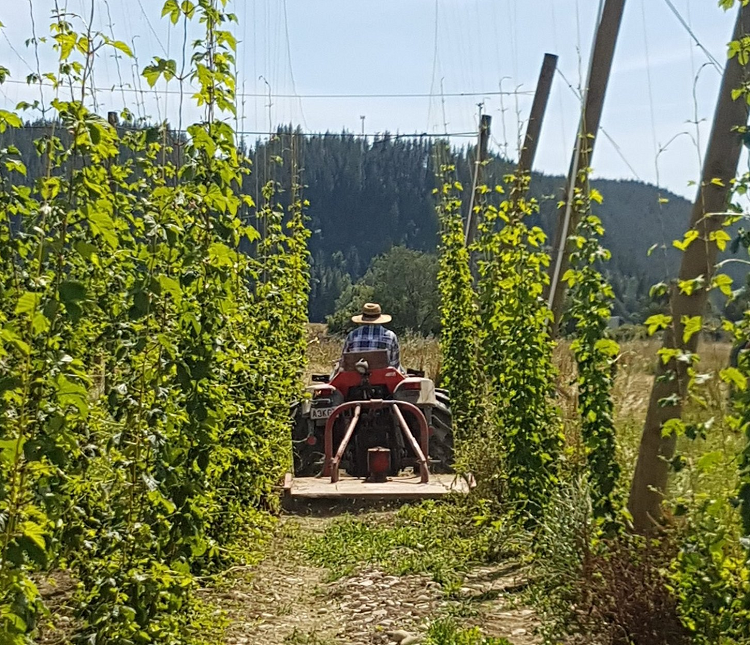 The closest hop I would recommend as a direct replacement to Kohatu is Wai-iti.

This New Zealand hop was released in the same year as Kohatu and shares many similar flavors. Wai-iti hops have a very prevalent stone fruit aroma which is why these hops would work if you can’t get your hands on Kohatu or want to use a hop with some subtle differences.

There are some differences between Wai-iti and Kohatu hops. You don’t get the same tropical fruit flavors in Wai-iti, and they also have some more dominant citrus notes. The citrus isn’t overwhelming by any means, but I think it is definitely more noticeable, especially with highlighted floral notes, as the Farnesene content is much higher in Wai-iti.

You can make many similar drinks with Wai-iti, including Belgian ales, wheat beer, and IPAs. It works in some pilsner recipes too. 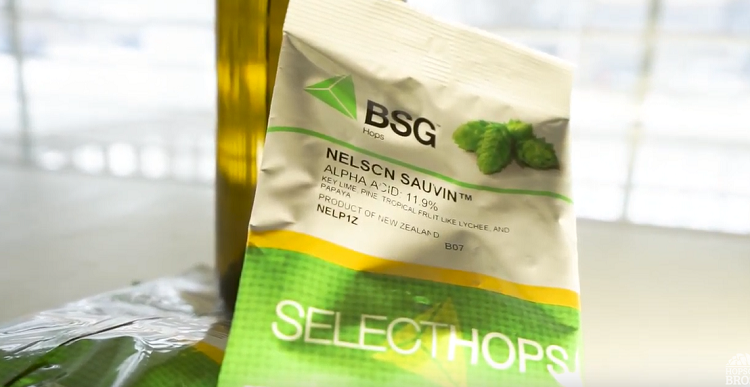 I’m going to stay with the New Zealand theme for Kohatu hops alternatives and recommend Nelson Sauvin hops as another potential variety you can use instead.

These hops are a little older than Kohatu and Wai-iti, as they can trace their history back to the early 2000s.

Nelson Sauvin has great bittering qualities, and you get fantastic tropical fruit flavors. Also, you will find abundant berry flavors with Nelson hops, including gooseberries mixed in with white grape and some passionfruit. This helps to make light, refreshing, and crispier homebrews.

The stone fruit aromas aren’t as prevalent in Nelson Sauvin, but you do get hints of it when using higher quantities. Overall, this hop can bring out some similar flavors as Kohatu and allows you to make some exciting homebrews with a New Zealand edge.

You can read my complete guide on Nelson Sauvin hops to find out more. 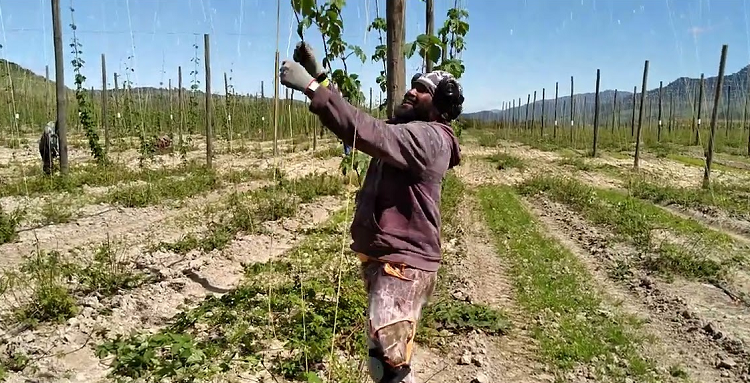 Lastly, you can substitute Kohatu hops for another New Zealand hop called Motueka.

This hop is closely related to Saaz (in fact, it used to be called B Saaz), and it is a dual-purpose hop that is ideal for various brews, including Belgian ales and lagers, and you can use this in IPAs as well. The hop has a more intense citrus flavor than Kohatu, but it also brings in tropical fruit and milder stone fruit notes.

You will find some hints of berry in Motueka hops (although not as much as Nelson Sauvin.

I’m a huge fan of experimenting with Motueka. If you want to add a higher citrus level to your home brews while still retaining many of the same characteristics as Kohatu, give this hop some consideration.

Answer: Kohatu hops have predominantly tropical and stone fruit aromas, which is where its strengths lie. You won’t find much citrus in Kohatu (there can be slight citrus notes), but the hops help to create a fresh and crisp finish to beer and ales.

Question: What Types of Homebrews can I Make with Kohatu Hops?

Answer: Kohatu hops can work well in a variety of homebrews due to their flavor profile and mild bittering qualities. I have found that Kohatu hops work excellently with IPAs, Wheat Beers, and Blonde Ales, and you can also use them in Belgian Ales to create a lighter finish.

Question: Where do Kohatu Hops Come from?

Answer: Kohatu hops come from New Zealand and were released commercially in 2011. The hop is a descendant of the noble hop Hallertau Mittelfrüh. The hop comes from the village of Kohatu, which is located in a popular hop-growing region.

Answer: Wai-iti hops are the closest hop to Kohatu; however, it does have some subtle differences in taste. While Kohatu hops emphasize stone and tropical fruit, Wai-iti brings in a lot more citrus notes. Although, I do think that you can create similar tasting brews with these two hops.

Question: Can I Make an IPA with Kohatu Hops?

Answer: Yes. I think Kohatu hops are a perfect hop to start homebrewing some beautiful, crisp, and fruity IPAs. While the flavors of Kohatu hops might not be as vibrant as you would expect, they add a tasty edge to a light and refreshing IPA.

Conclusion: Use Kohatu Hops to Create Lighter Ales with some Fruity Notes

I was slightly surprised that Kohatu hops didn’t have a more intense flavor; however, this isn’t necessarily a bad thing.

These hops provide a brilliant tropical and stone fruit aroma where you can find lime, pineapple, apples, and peaches mixed in with pine and herbal notes. I think this hop is one that should be on your radar, especially if you don’t use many hops from New Zealand or the Southern Hemisphere.

Kohatu hops can be used for many types of homebrews, including IPAs, Belgian ales, and blonde ales, and I have found that it can work with wheat beers too.