At first glance, a witbier and Hefeweizen may look similar. But if you give the beers a sip, you’ll realize they have many differences. Some of the differences, such as region (witbier is from Belgium and the Hefeweizen is from Germany), are typical, but these beers also differ in taste and contain different brewing ingredients.

What’s the difference between witbier vs Hefeweizen? Here are the main differences between both beer styles and my recommendation for the one you should try.

Bottom line up front: The Hefeweizen is my favorite beer style out of the two. Even though it has some downsides, such as how it’s difficult to brew, it’s still one of my favorite beer styles of all time. The Hefeweizen is a historic German beer that has a well-balanced flavor. The wheat content does give the beer a big taste, but it’s still subtle enough for those new to the beer world. It’s still similar to the witbier, so I suggest trying both to find your favorite.

Main Differences Between Witbier vs Hefeweizen

The main differences between Witbier vs Hefeweizen are:

Features of a Witbier 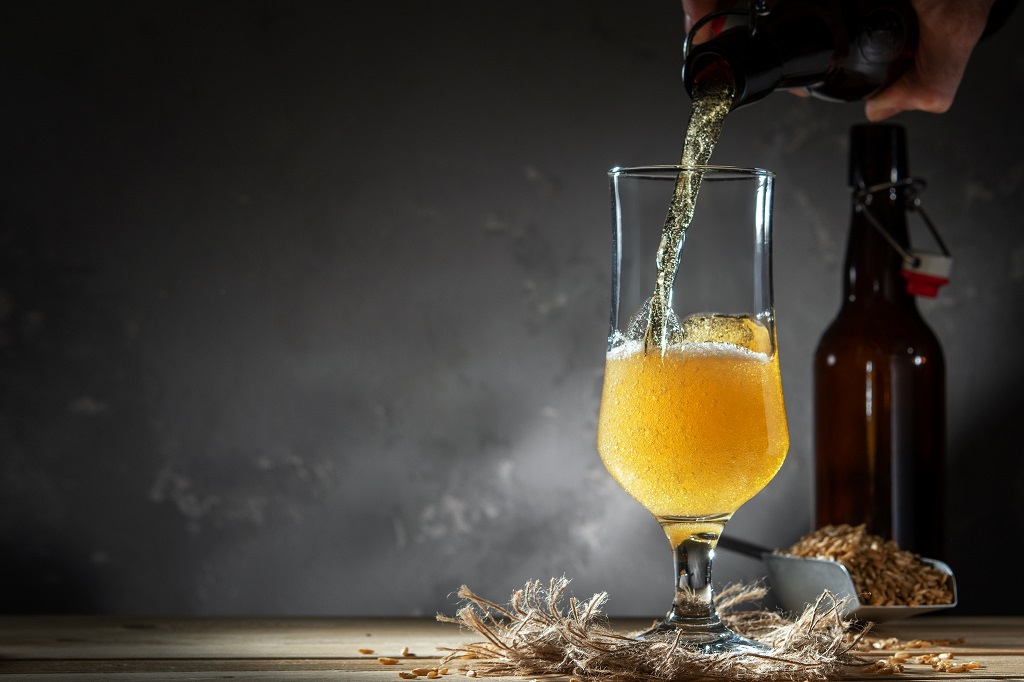 When you first pour a witbier, you’ll notice it’s cloudy. That’s because this beer style contains a high level of wheat that’s unfiltered. Some witbier styles contain oat, which will also give the beer its hazy appearance. Witbiers are usually light in color but are high in carbonation.

Even though they contain a high level of wheat, this beer style has a light taste. However, every witbier is different and brewers may add different ingredients to give the beer more character.

For example, witbiers are often brewed with coriander, giving the beer more spice and an earthy flavor. However, some witbiers also taste fruity, especially when they’re brewed with orange peel. The beer is finished with a definite head, giving it a creamy mouthfeel.

Witbiers have many benefits. They were first brewed in the 14th century, making them one of the most historic beers. The taste is pretty diverse. There are spicy witbier varieties as well as fruitier ones. However, this beer style never tastes over the top. They’re crisp beers, perfect for drinking on a hot day. Because of the creamy head, the beer feels soft on the palate.

If you’re a homebrewer, it can be tricky to brew a witbier. It’s easy to use too much flavoring, a different type of yeast, and the wrong hops. All of these factors overpower the taste of the witbier rather than highlight its unique flavors.

I’m someone who prefers lighter beers, but I also know more people who prefer darker, sweeter, and robust beers. If you’re the latter, Belgian witbier isn’t for you. While the witbier is the perfect summer beer, it’s not the best option during a cold day.

Features of a Hefeweizen 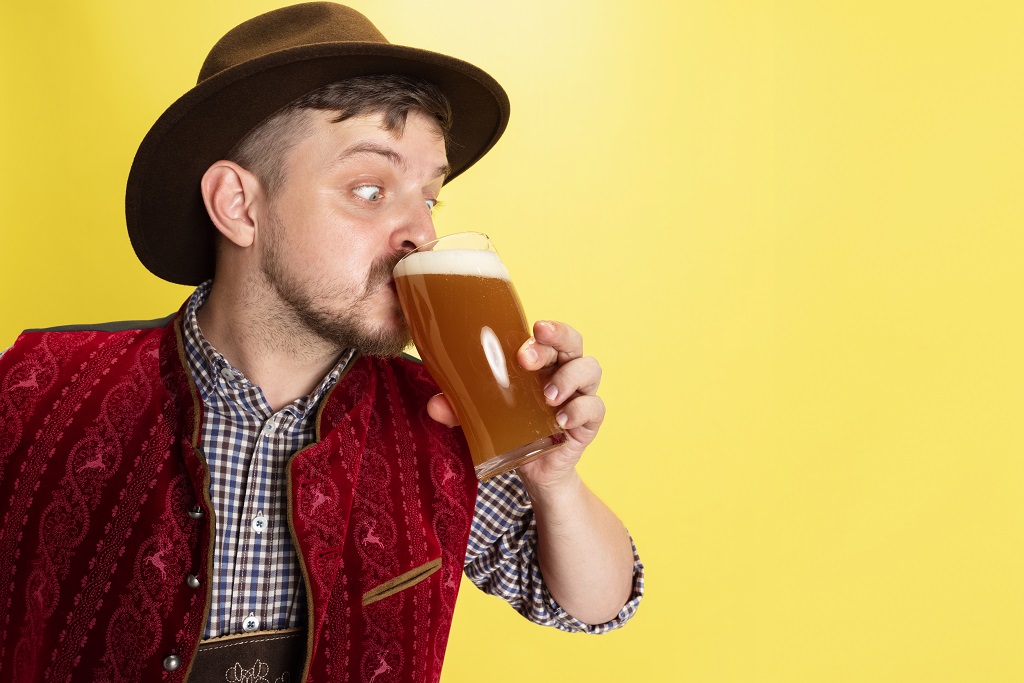 The Hefeweizen (also known as weissbier and hefeweissbier) is one of my favorite beers of all time! I think they’re delicious and versatile. I love drinking a couple of these when I hang out with friends, and they also pair perfectly with a meal. There’s a delicious German restaurant in my hometown; I usually always get a Hefeweizen there while I enjoy my Bavarian-inspired vegetarian meal!

Hefeweizens use between 50%-70% malted wheat, which gives the beer a big taste, but it still has a soft mouthfeel. The beer has a gold body and is finished off with a generous layer of white foam. This is why I recommend these beers to anyone getting into craft beer.

Unlike most German beers, which are lagers, Hefeweizens are technically an ale. They’re becoming more popular; now, various microbrews around the world brew their own Hefeweizens.

Like the witbier, the Hefeweizen is a historic beer type. The style first emerged in Bavaria during the 1520s, during a time when Germany had strict Purity Laws, only allowing beer to be brewed with hops, barley, yeast, and water.

Today, you can get Hefeweizen while in Bavaria, though I’ve had delicious Hefeweizens in North America. As far as taste goes, the Hefeweizen is on the sweet side. It’s especially a great beer for those who are new to prestigious beer styles.

If you’re a homebrewer, the Hefeweizen is difficult to brew. You’ll need 50%-70% of malted wheat and Hefeweizen yeast (Torulaspora delbrueckii), which is a top-fermenting strain originating in Bavaria.

This yeast is aggressive and can be difficult to brew for the novice brewer. There are multiple techniques to brew the Hefeweizen, but most brewers recommend taking a traditional approach.

The Hefeweizen is also best when fresh. When it sits in the can or bottle, the yeast settles in the bottom. The flavor declines over time, and even the appearance starts to wane.

Other Alternatives to the Witbier and Hefeweizen 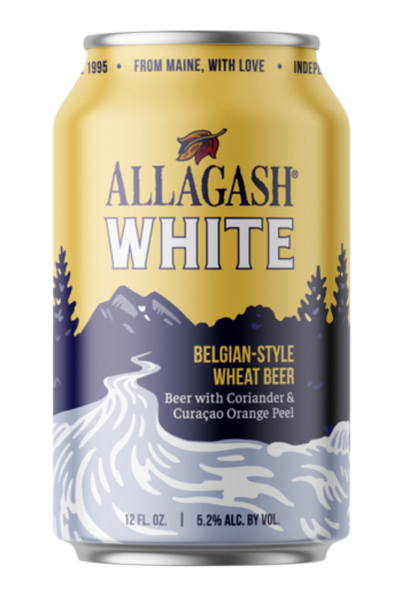 When you see “wheat beer” at your local microbrew, the style is usually an American wheat beer. These beer styles use yeast grown throughout the country, resulting in more of a clean taste than its European alternatives. American wheat beers are also clear in appearance and not cloudy like the witbier.

Another major difference between American and European wheat beers is the American variety has more hops. While this doesn’t make the beer bitter like an IPA, American wheat beers taste crisper like a Pilsner. 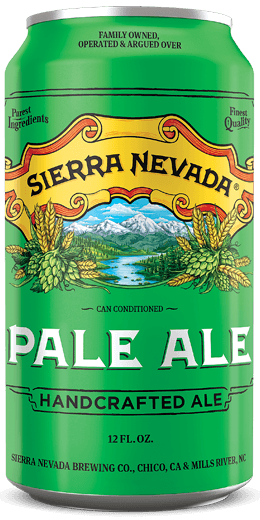 A pale ale is similar to a wheat beer but contains more malt. This is another historic beer style originating in the early 18th century. Pale ales are very versatile; they all contain different hop varieties, and brewers can even use different brewing techniques for this beer, making this a great option for homebrewers. Because of this fact, a pale ale can have different ABV strengths and even different tastes.

The Helles is a popular pale lager that originated in Germany. This beer style is fuller-bodied than your typical lager due to the malt content. The Helles beer also contains Noble hops, which have more of a floral flavor rather than a bitter taste. Still, the taste is well-balanced, perfect for anyone new to beer. 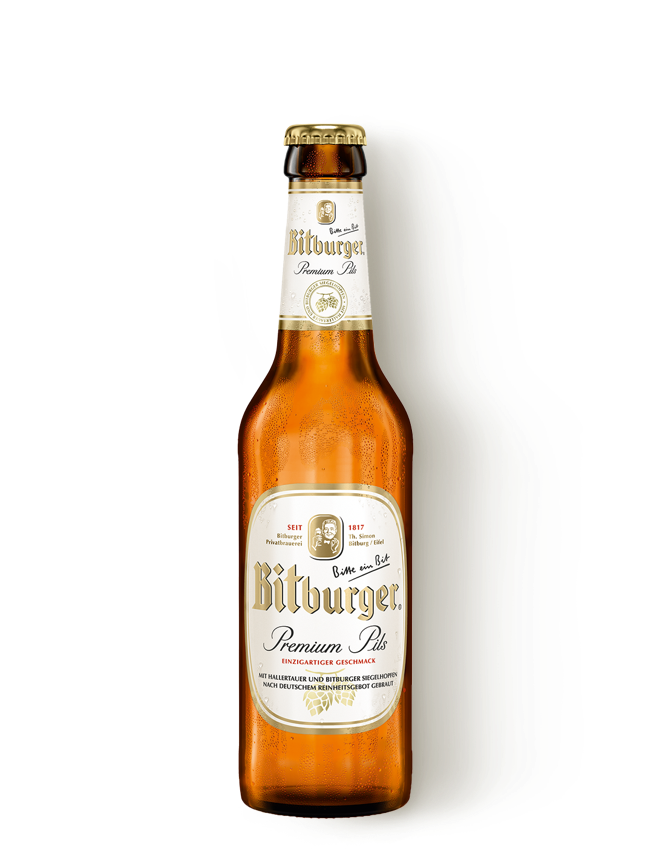 The Pilsner is another type of pale lager originating in the modern-day Czech Republic. There are various types of Pilsners, though the Czech Pilsner (also called Bohemian Pilsner) is the original. Czech Pilsners are brewed with local ingredients, most notably Saaz hops and Moravian barley malt. Bavarian-style lagering (bottom fermented) is used. This produces a beer with excellent clarity.

The result is a well-balanced beer that’s slightly on the hoppier side. The Saaz hops have a spicy flavor and are only slightly bitter.

German Pilsners (also called Pils) are also popular. Like the classic Czech Pilsners, these are also pale in color. However, German Pilsners are less hoppy and more on the sweet side. This is thanks to the barley malt used in the brew. Still, the flavor is quite moderate. 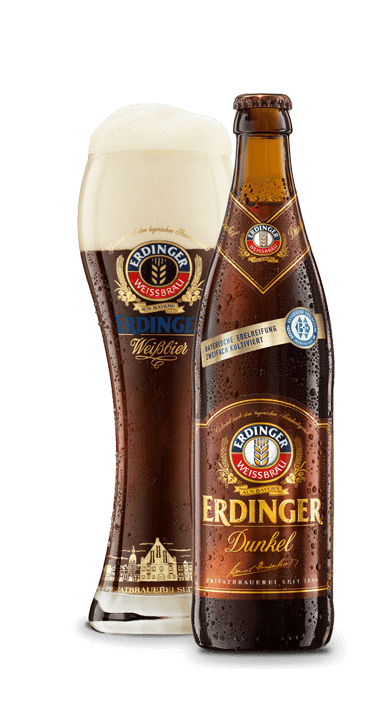 Do you want an easy-drinking beer that’s more on the dark side? If so, choose a Dunkel. Dunkels are a traditional dark German lager, though they may also be amber in color. Unlike other dark beers, such as stouts, Dunkels have a smooth flavor. They’re brewed with Munich malt, which gives the Dunkel its dark color. They have a low ABV, rarely exceeding 6%.

While the Dunkel is a malt-forward style, the brewing techniques used are very versatile. Brewers can also add various flavors to the brew, resulting in a beer more on the hoppier or sweeter side.

Question: What kind of beer is a witbier?

Answer: A witbier is a Belgian-style ale that’s wheat-forward. It’s a top-fermenting beer that was first brewed in Belgium but spread to other countries, most notably the Netherlands and France. The beer has a hazy look due to the wheat proteins and suspended yeast.

Question: What’s the difference between a witbier and an American wheat beer?

Question: Does the Hefeweizen beer have hops?

Answer: The Hefeweizen has more hops than other German beers. But unlike other styles, such as the pale ale, Hefeweizens are unfiltered. This results in a beer with a balanced taste, so it doesn’t have a bitter flavor.

Even though the witbier and the Hefeweizen are similar, the Hefeweizen is my favorite beer style out of the two. I love German-style beers, so I could be biased. I love the well-balanced flavor of the Hefeweizen.

Even though they taste better fresh, I don’t mind drinking a good Hefeweizen from a bottle or can. I still suggest you try the witbier and the other alternatives to find your favorite beer.