Ah, the stout. A good stout is a strong beer with a high ABV. Stouts are dark because they’re brewed with more barley. The barley content also gives the stout its heavy and robust flavor. But what’s so great about the stout is how you can mix different flavors into this beer style.

Coffee is the perfect example of an ingredient that tastes amazing in a stout. The right coffee blend gives a stout a more bitter flavor, combining perfectly with different types of hops and other robust ingredients. Plus, who wouldn’t want to smell the lovely coffee aroma while drinking a beer?

Bottom line up front: Out of all of these beers, Cigar City’s Cafe con Leche is the best coffee stout — and this is coming from someone who has had many coffee stouts. Even though coffee stouts aren’t my go-to beverage, I usually always grab Cafe con Leche if I see it on tap. Based in Tampa, Florida, Cigar City adds classic Cuban flavors into their brews, such as this famous espresso beverage. It’s not too sweet but not too bitter, just a perfectly smooth coffee stout.

My Top Picks Up Front

What Is a Coffee Stout?

First things first, what in the world is a coffee stout? First, let’s go into the stout.

What Is a Stout?

A stout is a dark beer style. They’re heavy-bodied beers and are full of flavor. We saw the first stouts in England and Ireland. The word “stout” refers to the high ABV content; most stouts have at least 7% ABV. While we won’t know exactly when and why the stout was first introduced, we believe that stouts were first brewed in the 17th century.

There are many types of stouts on the market. Milk, imperial, and oatmeal stouts are two classic brews. The dry Irish stout is also another popular beer choice enjoyed around the world. There are many popular examples of stouts, with Guinness arguably being the most famous.

As you can see, the stout is a historic style of beer. So, where does coffee come in? Fast forward to the first craft beer boom in the 1990s. Homebrewers and microbreweries started experimenting with classic beer styles, adding unconventional ingredients to make unique beer. One brewer had the genius idea to brew a stout with coffee and history was made.

Tips When Choosing and Drinking a Coffee Stout

Some of the tips that go into choosing the right coffee stout also apply to other beer styles. First, search for the right brewery. I’m recommending a ton of my favorite breweries here.

If you’re not sure which brewery to choose, I suggest researching local microbreweries in your area. You’re not only supporting a small/local business but you’re also drinking fresh beer, which is when beer is the best.

Once you select a coffee stout, pour the beer. See how the beer looks. Is it dark? Does it have a foamy head? Next, smell it. The coffee stout should have a roasty aroma that reminds you of your morning cup of Joe.

Finally, taste it. There are different flavors you may get. Some coffee stouts have a milky and vanilla flavor to them. Others might have bits of other flavors, such as cocoa and even nutty flavors.

Some coffee stouts have a robust hop content, but the hops should blend into the coffee flavor.

How I Chose These Coffee Stouts

Most of these are coffee stouts I personally tried. I have to be honest, stouts are not the first beer style I grab, but these are too delicious to not resist. I like my coffee stouts on the dry side — I’m not a fan of sweet beers. I also look for unique flavors, such as cocoa, that make the coffee stout more distinctive.

Are you ready for my coffee stout recommendations? Here are a few of my favorites.

Cafe Con Leche by Tampa’s Cigar City Brewing takes my number one spot. Named after the classic Cuban espresso, this beer represents mornings in Tampa. This is a dark yet smooth beer with minimal head.

In addition to espresso, you get tastes of malt, milk, and cocoa. The hop content is also very moderate. Even though it’s a heavy beer, it’s still drinkable thanks to its subtle sweetness.

As I said before, stouts are not the first beers I typically grab. But when I’m in Montreal and I see Peche Mortel anywhere, I always grab this beer.

It’s one of my favorite stouts of all time. Roasted coffee is your first taste when you take a sip of this beer, but a prominent chocolate taste lingers on your tongue.

I also suggest drinking this out of a glass. It’s an extremely dark beer but also has a dry bitterness to it, making it very complex. Even with the diverse flavorings, it has a light mouthfeel and is very drinkable.

If you’re in the mood for a sweeter coffee stout, I recommend this one by Austin’s Zilker Brewing. But don’t let deter you if you’re not a fan of sweet beers; the sweetness isn’t overwhelming, but this doesn’t have the strongest coffee taste — especially when compared to the other two breweries I mentioned.

I’m also not a fan of very milky coffee beers, but this one doesn’t have a strong milk flavor. Everything is balanced very well, though this one may taste milder for some stout lovers’ liking.

Cycle Brewing is a tiny microbrew in St. Petersburg, Florida. I always loved going there and every beer I’ve tried from them is great, including their coffee stout. It’s lighter than your typical stout but doesn’t compromise on the flavor.

You immediately get a taste of malt, lactose, and sugar with a light coffee taste. You even get some smoky flavors, making this a very unique coffee stout. In other words, if you take your coffee with cream and sugar, you will love this beer.

Drinking a Founders KBS (Kentucky Breakfast Stout) in the morning is a sweet and robust way to start off your day. The aroma is not only rich in coffee but you’ll also get whiffs of whiskey and chocolate. Its taste is the perfect blend of coffee and chocolate, with little bits of vanilla and licorice. You’ll also taste the presence of whiskey in this beer.

Guinness is arguably the most famous Irish brewery in the world and we all know they’re famous for their dark beers. But next time you’re at your local Irish pub, see if you can get your hands on their Cold Brew Coffee Stout on nitro. Since it’s on nitro, it has that velvety smooth mouthfeel. The beer has a frothy head that adds to the coffee flavor of the beer.

Its taste is slightly sweet — you definitely taste more coffee than anything. I would describe the taste as more bitter than anything, but bitter like drinking black coffee. At 4% ABV, this beer isn’t as strong as other coffee stouts on this list.

Keep in mind that this is a white stout — it’s not dark like the other beers on this list. This also tastes more similar to the famous cocktail; it’s extremely sweet, which I know will throw people off.

Like the famous cocktail, this beer is brewed with coffee in addition to notes of chocolate and vanilla. If this doesn’t appeal to you then drink their classic Milk Stout.

Don’t let the “imperial” title fool you. This stout is brewed with oatmeal so it has a smoother flavor. It is very dark as if you were drinking black coffee. But the flavors are well-balanced, with a slightly more bitter finish thanks to the coffee.

Funky Buddha actually has quite a few coffee stouts, but this one got the best reviews.

It’s a dark beer with a strong flavor. It has a light head, so you immediately get a whiff of bourbon and taste bitter coffee. Funky Buddha used dark espresso beans for this beer, so coffee is definitely the standout flavor here.

At the same time, you’ll also get a taste of sweet bourbon and oak. There are hops here but they don’t stand out as much as the other flavors. The mouthfeel is very thick and creamy.

I can see this being an overwhelming beer for a novice, so definitely tread cautiously if you’re new to stouts.

If you’re looking for a coffee stout with a huge flavor, you’ll be satisfied with this beer. It’s a dark beer with present coffee notes. However, you’ll also get a taste of malt, chocolate, dark fruit, and caramel. This beer is on the sweet side with a nice mouthfeel. 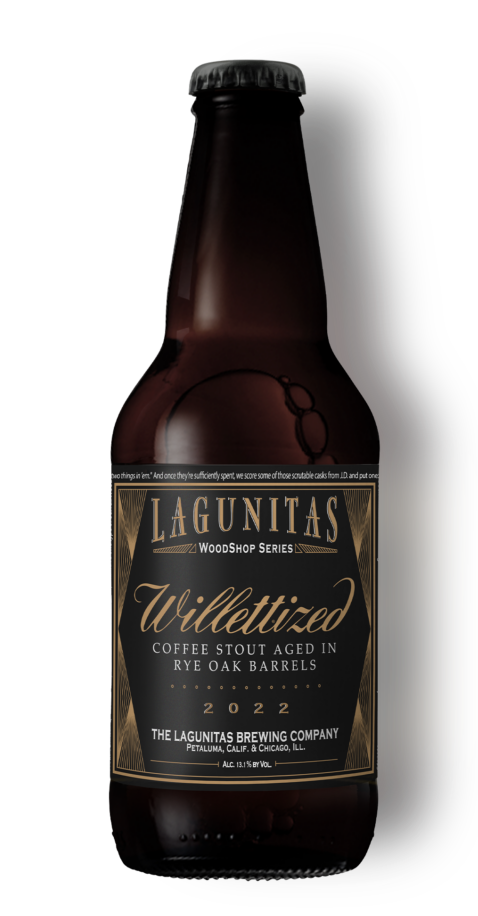 This beer is on the sweet side; because of the fruit notes, it’s close to being a dessert beer. It has a full mouthfeel. Though well-made, I wouldn’t recommend this beer to anyone new to stouts.

Question: What’s the most popular stout in the world?

Answer: Guinness is the best-selling and most famous stout. Guinness is also one of the oldest breweries in Ireland — they started brewing beer in the late 18th century. However, there are various microbrews around the world that make delicious stouts. In addition to coffee, more breweries are making their beers with bourbon and other ingredients to give the classic stout more of a  punch.

Question: Do coffee stouts have caffeine?

Answer: Believe it or not, the caffeine content in a coffee stout is actually pretty low. So you can enjoy a coffee stout at night without staying awake.

Question: Should I drink a coffee porter instead?

Answer: First, what’s the difference between a stout and a porter? Well, there aren’t many differences between the two. Both stouts and porters are dark beers with substantial flavors. In my opinion, the flavor is the main difference. I personally think porters are malt-forward and generally taste the same while stouts are more flexible — some are creamy while others are bitter. I think porters and stouts may generally be brewed with different malts, but all of this depends on the brewer.

When looking for a coffee beer, you may see coffee porters in addition to coffee stouts. When should you choose a coffee porter? Most coffee porters I’ve tried are on the sweet side. You don’t get the intense bitter flavor; rather, brewers may mix other flavors such as chocolate, molasses, and caramel.

Out of all of these beers, the Cigar City Cafe con Leche is the best coffee stout.

You get the satisfying flavor of Cuban espresso with the taste of milk, resulting in a taste that’s similar to the famous espresso beverage.

It is dark in appearance yet smooth in flavor, making this a good introductory beer for anyone new to the stout. Cigar City Brewing is based in Tampa and usually includes Floridian and classic Cuban flavors in its brews, making them one of the most unique and delicious breweries I’ve ever tried.

I still recommend you take a look at the other coffee stouts in this list and find the one that’s best for you.