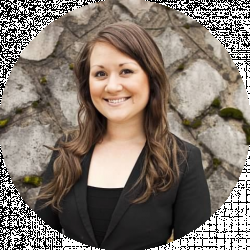 Lacey Jackson
Lacey has been brewing beer at home for 5 years now. She bought a starter kit and made her own blonde-honey-taste pale ale called California Blonde. She loves home brewing because of its health benefits and mostly the control over taste. She also makes batches of wine and mead.

There is nothing quite like drinking an ice-cold beer after a long day of work. When I was growing up, my father told me that if you could see through your beer, it wasn’t a “manly” beer, and therefore I shouldn’t drink it and I should judge anyone who did.

He paid me (I won’t confirm at what age) to try a sip of his “manly” beer (the kind you couldn’t see through, which I now know was a stout IPA), hoping that it would turn me off of the taste of beer forever.

It took three full-sized glasses of root beer to wash the taste out of my young mouth. His plan had worked; I thought beer tasted disgusting, and I had no desire to try it again.

Then I traveled to Europe. It was here I learned that just because beer is translucent doesn’t mean it isn’t good. In fact, I realized I loved the taste of lighter beers, and I grew to appreciate all of the historic, local beers traditionally served to people like dock workers or coal miners in cities like Antwerp, Berlin, and Amsterdam.

Now that I brew my own beer, I don’t have to drink anything “manly,” and I’m happier because of it. But I’ve also learned that there are three key things to learning how to make beer taste better if you brew it at home:

How to Make Beer Taste Better

If you follow the directions for whichever type of beer you are brewing at home, there are multiple areas where you have room for improving the flavor.

One of them is early on when you are mixing together your ingredients. One is during the fermentation process. One is the sanitization process you use from start to finish. Let’s look at all three.

Step 1: Increase the Quality of Ingredients

When I visited Brussels, I was astounded at the number of bars that serve hundreds of beer varieties, each with its own glass.

I didn’t care much for the first beer I tried. When I ordered a Blonde Bush as a replacement and told them they could save some time and energy by just pouring it into the same glass, you would have thought I had called their mother something not fit for print.

Let me be clear, I grew up in wine country, so I thought people were only snotty about the “undertones,” “hints,” and proper glassware where grapes were involved, not where wheat was involved.

How wrong I was.

Years later, I was frustrated because I couldn’t find that same Blonde Bush with its nice honey flavor at any of our local stores, and because of COVID and the fact that we couldn’t go to the bars I knew had it.

My solution was to order a brewing kit for a California blond ale and load it up with some local honey.

To date, that is the best beer we have ever brewed, and I owe it all to those humble little bees and their wildflowers.

The kit I ordered came with honey. It always comes with some sort of sugar, but when you order kits, you don’t have control over the quality of the ingredients, so the honey could come from anywhere.

When I replaced the majority of the sugar in my fermentation process with local honey, it added a unique taste that people in the area couldn’t quite place their fingers on but truly appreciated.

Tip: So, if you want to make your beer stand out and be so good, people ask you how much you would charge for brewing a huge batch for them, increasing the quality of your ingredients. Don’t be afraid to add things to your recipe to give it a unique flavor.

I mixed some fresh peppermint syrup when making a gingerbread beer for the holidays.

When making a summer IPA, I added some orange peel and cinnamon sticks to the brew while it sat in fermentation.

One year we were making a rich brown ale, one I have had success with in the past. But then a heat wave hit. I had completely forgotten to check on the brewing buckets in the garage. It was way too hot out there, so I had to bring everything inside, put it in a closet,, and hope for the best.

When it was time to bottle, it tasted fine when I first took a swig, but by the time I finished swallowing, it left a very heavy ethanol flavor in the back of my mouth akin to paint thinner.

(Note: I was so disappointed in that batch that I left it in the bottle for another eight months in the back of our beer closet, hoping that it would resolve itself, and having just cracked a bottle last week, it did. Hooray!)

Temperature is one of the most important parts of beer brewing. If at any point your temperatures get too low, they could have a mild effect on the flavor but in most cases, if you don’t like the taste of your beer, knowing how to make beer taste better means having greater control over the high end of the temperatures during fermentation.

If things get too hot, you’re going to have overly saccharin or jet fuel-type flavors, neither of which will encourage neighbors to accept your gift of a six-pack at Christmas.

*Some ales have a change in taste if the temperatures drop below 60 degrees Fahrenheit during the fermentation process, but in most cases, low temperatures simply cause the yeast to go dormant, so they don’t actively munch up the sugars and convert them into the alcohol you are trying to produce.

Tip: There are at-home methods you can use to better control temperature fluctuations.

Time is also a factor. If you don’t let your beer brew for the appropriate length of time, the yeast inside your mixture won’t have time to convert all the sugars into alcohol.

So, if you try to bottle things prematurely, you might find that the flavor is pretty dull or it doesn’t have the right alcohol content.

Note: Sometimes, it’s an issue of time. If the flavor isn’t quite right and you aren’t getting the bubbles you expect, let it sit in fermentation a bit longer. It won’t hurt it, and you might be surprised at how quickly the issues in flavor resolve themselves after just a few extra weeks.

When I first watched my better half brew beer, I honestly thought this was the solution to ensuring my kitchen remained spotless; all I had to do was convince them to brew beer every time the kitchen was a little too dirty.

The kitchen was awash with Starsan.

I had never seen them clean any part of the house as thoroughly and as carefully as they did the kitchen when they were brewing.

Giant brewing buckets were full of Starsan into which every piece of brewing equipment could be dunked, our hands could be washed before picking up any new object, and the interior/rim of every container could be splashed.

As it turns out, this played a significant role in helping every beer we brewed at home to maintain a robust flavor.

So, if you are noticing problems with your beer that can’t be settled with better quality ingredients or changes to the fermentation process, and you know something is just… off, then try fixing issues with sanitation so stuff isn’t getting in your mix while you work.

Let me tell you another story. one afternoon, I came home to find my better half starting a new batch of beer. I had opened the door to come into the house and accidentally let a fly in.

Panic ensued. My partner paused what they were doing and demanded that I get the fly out of the house so that it didn’t accidentally land somewhere it shouldn’t.

As they put it, “If that fly lands anywhere in this kitchen, my entire morning was for nothing.” I got the fly out, and then I picked up the cat and leaned against the doorway, petting the cat and watching.

Apparently, the doorway was far too close to the rest of the kitchen because I was asked through gritted teeth to please be careful as any dislodged cat hair could somehow find its way across the kitchen and into the brew. Once again, their entire morning could be “for nothing.”

These stories might seem a little extreme, especially if you are slightly more laissez-faire about your sanitation, but even mild issues during the sanitation process can produce off flavors in your beer.

You don’t have to wait until the fermentation process or the bottling process to get a weird flavor change.

If something like a fly lands in your mix, or you forget to wash your hands or dunk a piece of equipment in your sanitizing agent, or even leave a little bit too much Starsan in your bottles during the bottling process, it can alter the flavor.

You can even make beer taste good at home, without having to brew it yourself! Ever wonder why certain beers come in different glasses or are served with complementary foods?

Because they are just that: complementary. These additions help bring out the natural flavors of beer so your drink tastes better. Here is a quick list of some potential additions to beer (after you brew or buy):

Answer: No. It’s unlikely that you’ll be adding enough to necessitate a boost in everything else. Think of it like baking. If you have a recipe for chocolate chip cookies and you toss raisins into the mix, you don’t have to boost the ratio of things like flour or eggs to that mixture just because you added raisins.

At most, you might want to let it ferment a little bit longer if you added something like natural honey because the honey means extra sugar and you want to give the yeast time to eat that sugar.

Question: My Temperature is too Cold, is My Beer Ruined?

Answer: Not likely. Just because your temperatures dropped to below 60° (the average, but check on specifics for the type of beer you are brewing) doesn’t mean you have to toss everything out.

It just means you should gradually increase the temperature over the next few days using something like a heat mat or moving your brewing buckets into another room.

You should also let it ferment a little bit longer to make up for the time when the temperatures were too cold for the yeast to be active.

Question: Is it Okay to Put My Brewing Buckets in Ice if it Gets too Hot?

Answer: You can, but it’s better to wrap it with an ice-cold towel rather than submerging the entire unit or container into a nice bath. The reason is, you don’t want to shock the yeast and have the temperature drop too quickly, too low.

At any given point in your beer brewing process, you have a chance to change the flavor of your beer. If you want to learn how to make your beer taste better, you can be proactive about what ingredients you add and what quality they are.

You can also maintain proper sanitization throughout the entire process and make sure that your fermentation process is controlled for temperature and time.